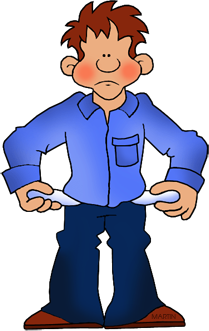 This is a family law matter that went all the way to the Full Court of the Court of Appeals in the Family Court.

The father was seeking leave to appeal an order made by the Federal Circuit Court of Australia dismissing his application for leave to have his child support liability reviewed.  The father procedurally was required to seek leave pursuant to s.102A of the Child Support (Assessment) Act 1989 (Cth).

Grounds of Appeal: Where the appellant father contends the primary judge erred by refusing him leave to review his application under ss 111 and 112(1) of the Child Support (Assessment) Act 1989 (Cth).

The primary judge found a disparity between the appellant’s actual taxable income and his adjusted child support income, however leave to apply was refused by the primary judge under s 111 of the Child Support (Assessment) Act 1989 (Cth) on the basis the appellant had failed to lodge the relevant tax returns.

The primary judge’s determination of the application at the hearing did not afford procedural fairness to the father and the primary judge misapplied the statutory criteria under s 112 of the Child Support (Assessment) Act 1989.


ISSUE:
The determination of leave requires consideration of the strength of the grounds of appeal, if successful, the application for leave and the appeal are heard together. The test set out in Medlow & Medlow (2016) FLC 93-692 was applied in this case and the appellant was able to demonstrate that there has been an error of principle made by the primary judge and that he will suffer a substantial injustice if left unprosecuted.

In this case the father alleged his annual tax returns, lodged with the Australian Taxation Office (“ATO”) for the financial years between 2011 and 2016, disclosed quite different annual incomes from the provisional amounts the Registrar used to assess his child support liability from time to time.

For four of those six years, the appellant’s annual taxable income was significantly less than the amounts the Registrar assumed he earned.

Consequently, the assessments of the appellant’s child support liability were significantly greater than they would have been had the Registrar been furnished with his tax returns in a timely fashion, which in turn resulted in a much higher level of arrears than the appellant considered was justified.

The primary judge acknowledged the “significant differences” between the appellant’s actual taxable income and his adjusted child support income over the relevant years, but declined to grant him leave to review the quantum of his “child support income” over any part of the preceding seven year period because it was concluded he was the author of his own misfortune, his explanation for delay was inadequate, and the hardship he would suffer was no greater than the hardship the respondent would suffer.

Her Honour expressed the conclusions as follows:

...In balancing the considerations, I consider the [appellant]’s explanation for the delay in bringing information to the Child Support Agency [“the CSA”] that would have altered his assessments is unsatisfactory.

I consider the [appellant]’s failure to lodge the relevant tax returns makes him the author of his own difficulties, and I am not persuaded that

I should exercise my discretion to grant leave to the [appellant] pursuant to section 111 of the Child Support (Assessment) Act 1989 (Cth).
The primary judge ordered the dismissal of the appellant’s entire amended application on 28 June 2018, which is the order appealed.

During the hearing, the disparity between the appellant’s actual and adjusted annual income was discussed by the primary judge with the appellant in the following way:

[HER HONOUR]: If the income has been assessed at a different rate from what was correct, then I will be making orders to change that. There’s no doubt about that.

The appellant submitted, and it is accepted, that he reasonably understood from the exchange that, provided he demonstrated the disparity between his actual and adjusted annual income, his application for leave to apply for variation of the child support liability would succeed. As it transpired, even though the primary judge accepted the “significant differences” between his actual taxable income and his adjusted child support income over the relevant years, his application for leave to apply was dismissed.

The Full Court of the Family Court disagreed with the Primary Judge and found that there has been an error of principle made by the primary judge and that the father will suffer a substantial injustice if left unprosecuted.

HELD: Leave to appeal granted, Appeal allowed – The order is set aside for re-hearing by a judge other than the primary judge.