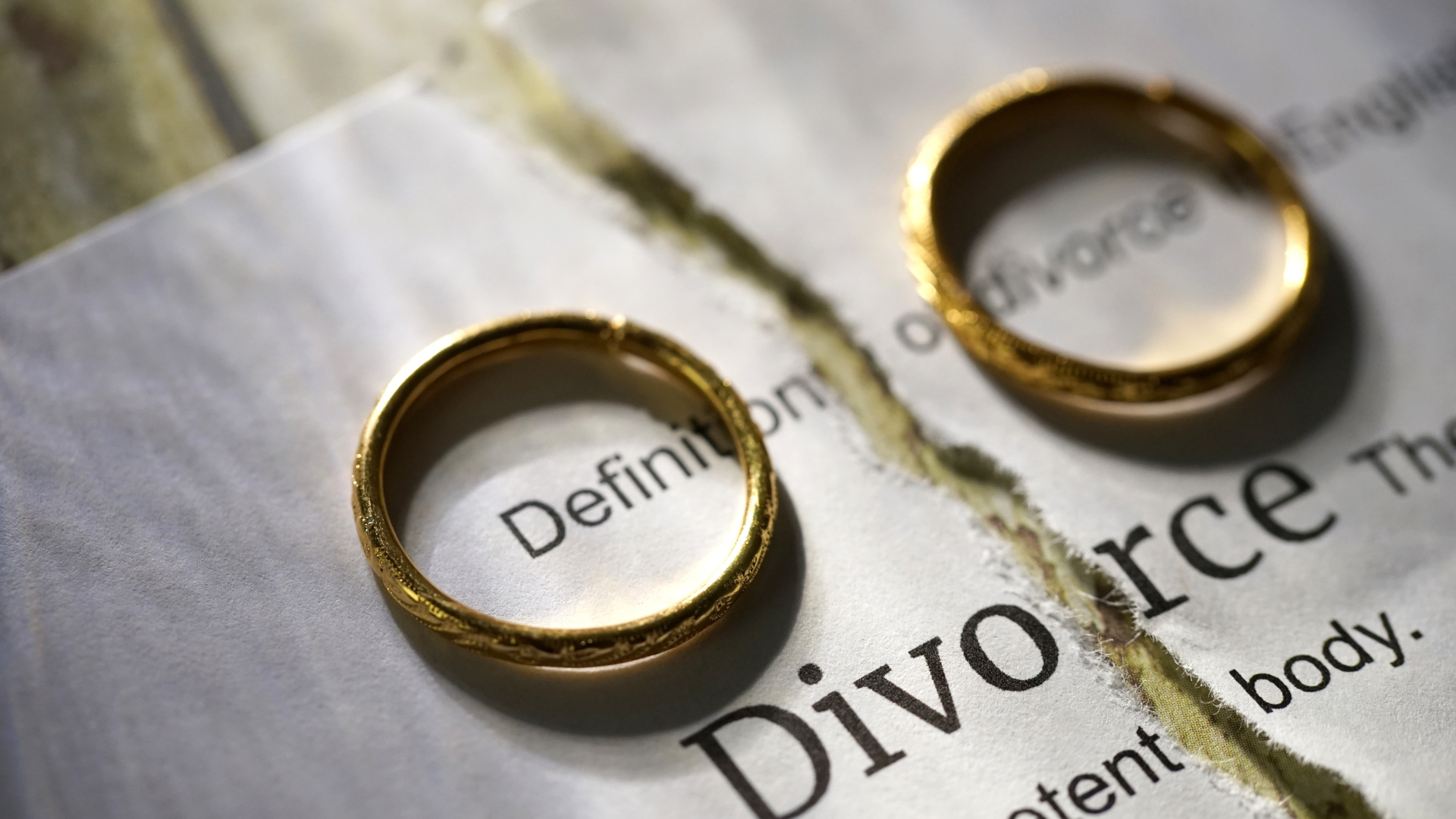 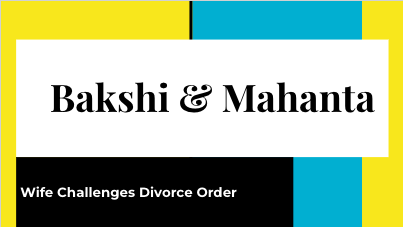 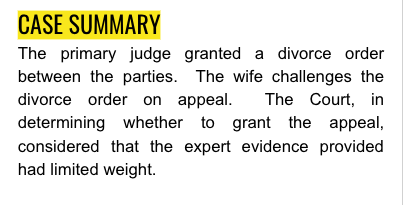 The primary judge granted a divorce order between the parties.  The wife challenges the divorce order on appeal.  The Court, in determining whether to grant the appeal, considered that the expert evidence provided had limited weight. 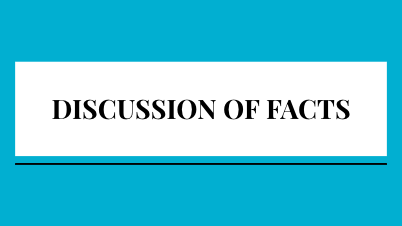 The parties were both born in India, however, they met and commenced a relationship in Adelaide, Australia.  In September 2006, they were married by Hindu rite in City E, India.  In October 2006, they were married by Christian rite in City D, India.  The parties’ child was born in Australia in 2008.  In 2009, the husband became a permanent resident of Australia, whilst the wife obtained citizenship in 2010.

On 9 March 2020, the wife commenced proceedings in the Family Court in City D, India, seeking a range of property orders, orders relating to “ancestral property” involving the husband’s extended family, and custody of their child.  The wife provided limited evidence of the particulars of her claims in the City D court. She stated that they are “related to Matrimonial disputes / Custody of the ward / Property / [and] Matrimonial offences."

The husband filed an Application for Divorce in the Federal Circuit Court of Australia (as it then was) two days later, on 11 March 2020.  The wife sought an order that the husband’s application for divorce be dismissed.

The parties continue to be engaged in property settlement proceedings under the Family Law Act 1975 (Cth) (“the Act”) in the Court below (“Division 2”).  The final hearing of those proceedings was due to commence in May 2022, however, has now been adjourned as both parties are presently located in India and not expected to return to Australia until July 2022.

On 3 November 2021, the wife filed a Notice of Appeal from the divorce order.  On 14 December 2021, the appeal registrar made procedural orders for the wife to file her Summary of Argument, List of Authorities, and Application in an Appeal to adduce further evidence by no later than 11 March 2022.

The husband made no objection to this, and he was also granted leave to rely on an affidavit filed on 26 April 2022, which broadly speaking, disputed the evidence of the wife.  The primary judge was satisfied that the grounds for the exercise of jurisdiction and a divorce order were clearly made out. 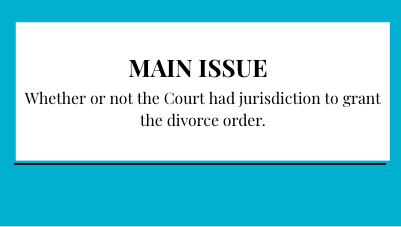 Whether or not the Court had jurisdiction to grant the divorce order. 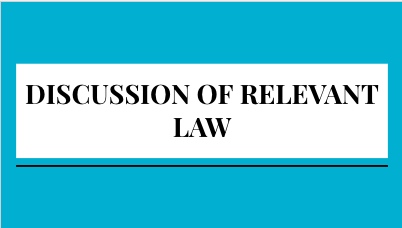 Family Law Act 1975 (Cth) s 39 - provides that proceedings for a divorce order may be instituted under this Act if, at the date on which the application for the order is filed in a court, either party to the marriage:

(a) is an Australian citizen;

(b) is domiciled in Australia; or

(c) is ordinarily resident in Australia and has been so resident for 1 year immediately preceding that date.

Family Law Act 1975 (Cth) s 48 - provides that an application under this Act for a divorce order in relation to a marriage shall be based on the ground that the marriage has broken down irretrievably.

Australian Coal and Shale Employees’ Federation v The Commonwealth (1953) 94 CLR 621; [1953] HCA 25 - provides that there is a strong presumption in favour of the primary judgment, and we must be satisfied it is clearly wrong before there is any appellate interference.

CSR Ltd v Cigna Insurance Australia Ltd (1997) 189 CLR 345; [1997] HCA 33 - provides that the power to dismiss or stay proceedings on grounds of forum non conveniens is “an aspect of the inherent or implied power of a court which, in the absence of some statutory provision to the same effect, every court must have to prevent its own processes being used to bring about injustice”. 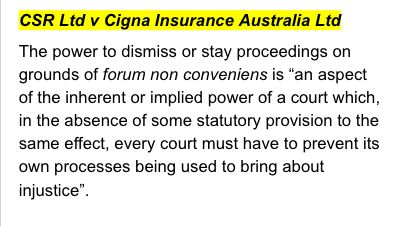 Henry v Henry (1996) 185 CLR 571; [1996] HCA 51 - pointed out the prima facie right of a litigant to have a determination of proceedings regularly commenced in the local forum is not unqualified; if the local forum is clearly inappropriate, the notion of prima facie right may have no real bearing.
Maidment & Insley [2022] FedCFamC1A 48 - provides that the number of grounds, the blending of different challenges within a ground and the inclusion of commentary within the grounds had the effect of obscuring, rather than elucidating, the challenges made by the appellant.
Navarro & Jurado (2010) 44 Fam LR 310; [2010] FamCAFC 210 - pointed out there is nothing in Henry which would provide support for an automatic stay or dismissal of the local proceedings.
Oceanic Sun Line Special Shipping Company Inc v Fay (1988) 165 CLR 197; [1988] HCA 32 - provides that a court has a prima facie obligation to exercise its jurisdiction regularly invoked, and a party has a prima facie right to insist upon its exercise and to have their claim heard and determined.
RAF & MMF [2005] FamCA 497 - provides that the court has no discretion to refuse the making of an order where the grounds are made out and s 48(3) does not apply.
Regie Nationale Des Usines Renault SA v Zhang (2002) 210 CLR 491; [2002] HCA 10 - provides that the focus is not upon the appropriateness or comparative appropriateness of the foreign forum, but on assessing whether there are enough factors indicating that the local forum is clearly inappropriate, in which case a stay should be granted.
Tapp v Australian Bushmen’s Campdraft & Rodeo Association Ltd (2022) 399 ALR 535; [2022] HCA 11 - provides that it is no part of the function of an appellate court to reformulate the case a party seeks to make.
Metwally v University of Wollongong (1985) 60 ALR 68; [1985] HCA 28 - provides that except in the most exceptional circumstances, it would be contrary to all principle to allow a party, after a case had been decided against him, to raise a new argument which, whether deliberately or by inadvertence, he failed to put during the hearing when he had an opportunity to do so.
Voth v Manildra Flour Mills Pty Ltd (1990) 171 CLR 538; [1990] HCA 55 - provides that a plaintiff who has regularly invoked the jurisdiction of a court has a prime facie right to insist upon its exercise.

Once the facts were found establishing the court’s jurisdiction under s 39(3) of the Act, that is, domicile of both parties in Australia, and the wife’s status as an Australian citizen, the jurisdiction of Division 2 was not in doubt in proceedings for a divorce order.

Once jurisdiction and the grounds for divorce were established, the primary judge had no discretion not to grant the divorce order unless he was persuaded to decline an exercise of jurisdiction. The material in the Appeal Book did not include copies of the relevant Initiating Application or Response explaining those proceedings in any detail.  But, it is clear from the transcript of the hearing on 13 September 2021 that there were, and presumably are, property adjustment proceedings between the parties in Division 2 under Part VIII of the Act.

The primary judge heard and determined the contested divorce in the context of an application by the wife to adjourn those property adjustment proceedings pending an outcome in the Indian courts.  Both parties were represented, and the primary judge was told by the wife that the Indian proceedings were commenced to help settle the matrimonial pool for the purpose of the Australian proceedings, so as to reach a just and equitable outcome according to Australian legislation in the Australian court, that is, under Part VIII of the Act.

In the course of submissions in support of an adjournment, the wife made clear in fact that the sole purpose of the proceedings in the Indian courts was to identify the alleged property of the husband in India, including what were called “Ancestral rights”.  It can be seen that, despite the grounds relating to forum non conveniens apparently raised by the Response, identified by the primary judge, and canvassed in the letter of advice, the wife made almost no reference to any evidence relevant to any of those grounds in resisting a divorce order.

The wife’s submissions only went so far as to highlight the existence of the Indian proceedings and the fact they were commenced shortly before the proceedings in the Australian court.  The difference in timing was a matter of two days.  There was no evidence that the relief she claimed in the Indian courts was contingent upon her opposing the application for divorce in Division 2.  The evidence did not demonstrate the wife had asked for a divorce under Indian law.  Indeed, her submissions to the primary judge that the sole purpose of the Indian proceedings was to identify property interests of the husband in India, was inconsistent with any application for divorce under Indian law. 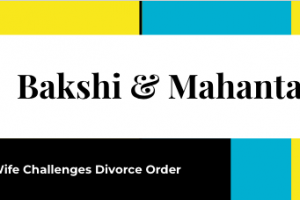 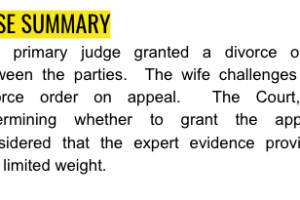 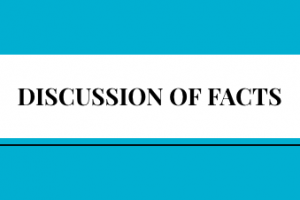 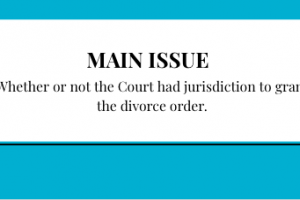 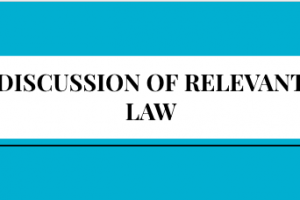 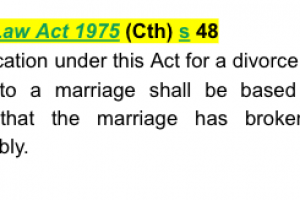 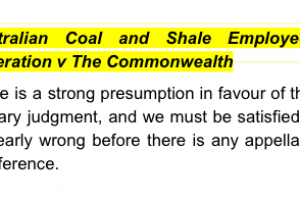 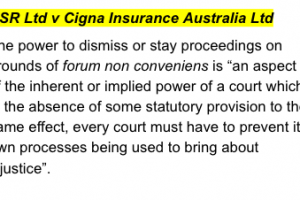