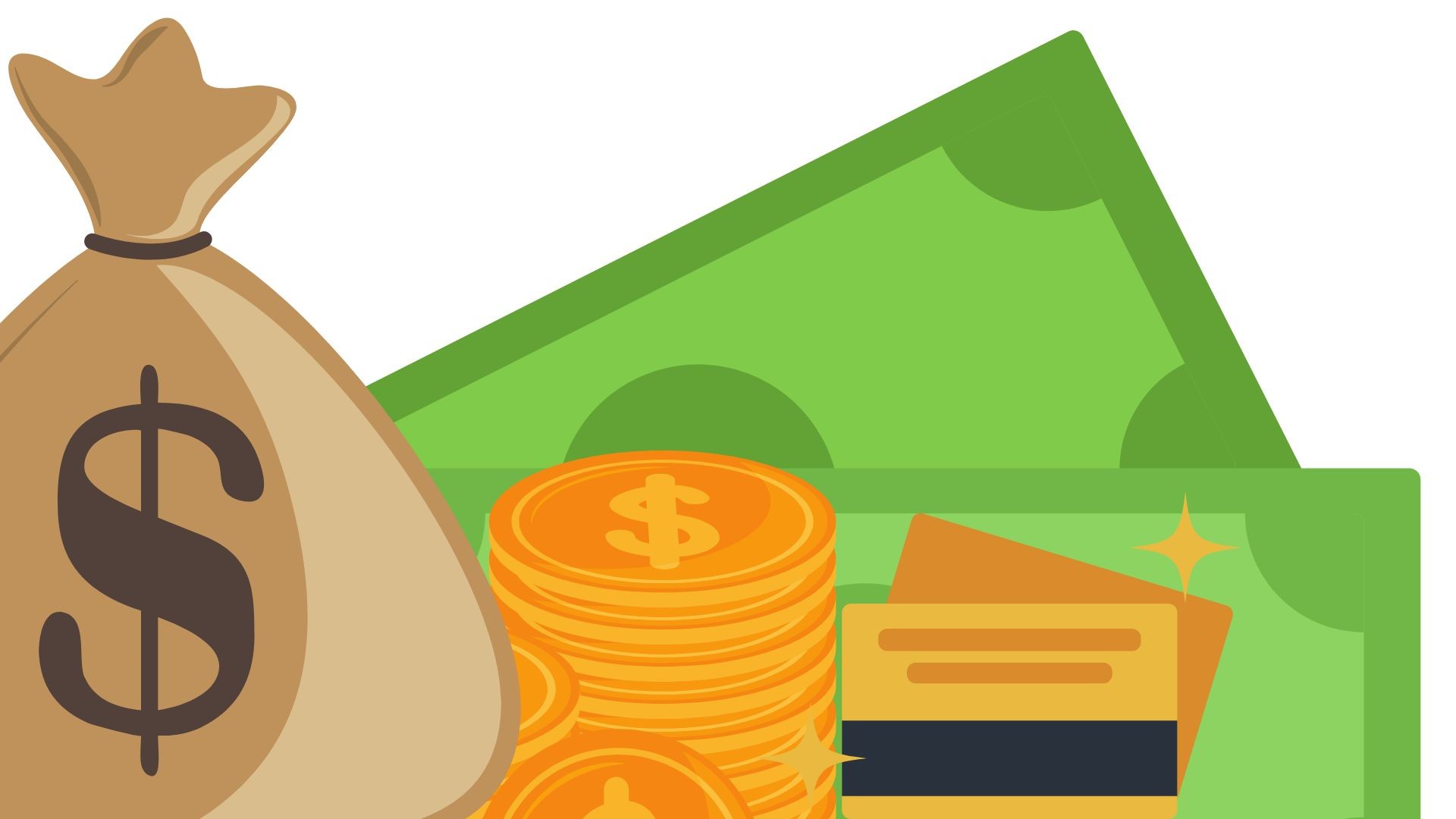 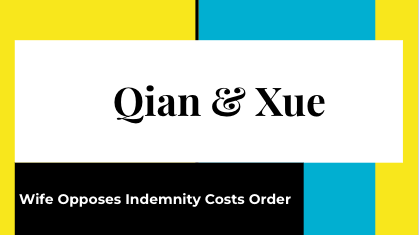 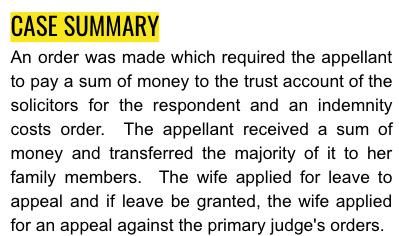 An order was made which required the wife to pay a sum of money to the trust account of the solicitors for the respondent and an indemnity costs order.  The wife received a sum of money and transferred the majority of it to her family members.  The wife applied for leave to appeal and if leave be granted, the wife applied for an appeal against the primary judge's orders. 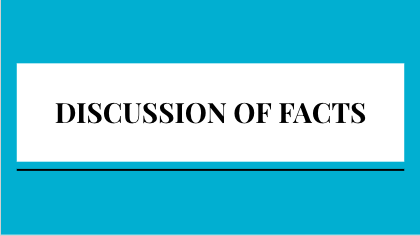 The parties met in 2012 and lived together for a short period in 2013.  The parties were married in late 2015 and separated in early September 2017 (according to the husband) or in early October 2017 (according to the wife).  Neither party had any significant assets nor earned any income of great significance, the parties managed to acquire several properties whilst it subsisted, often with the help of their relatives.

The husband’s evidence was that a property at Town C was purchased in July 2018 for $1,050,000 and registered in the wife’s name.  The husband says that the wife sold the property in December 2018 to a friend of her father for $800,000, without informing the husband.

The wife agreed that the property was sold for $800,000 and that she transferred $667,00 from the sale proceeds to her parents in repayment of loans made prior to and during the marriage.  The husband filed an Initiating Application seeking property settlement orders on 16 September 2019.

The husband deposed that he became aware on 17 August 2021 that the Supreme Court of Queensland proceedings over the shareholding in B Pty Ltd had been resolved (Husband’s affidavit filed on 24 August 2021, paragraph 4) and that as a result, the wife was to receive a payment of $850,000.

The wife’s solicitors were asked to confirm this by a letter sent on 19 August 2021.  There was no reply and on 24 August 2021, the husband filed an Application in a Case seeking an urgent injunction restraining the wife from dealing with the proceeds of the action.  The application was listed for hearing on 22 November 2021.  At that hearing, an oral application was made so as to expand the application to include the order for the return of the funds. 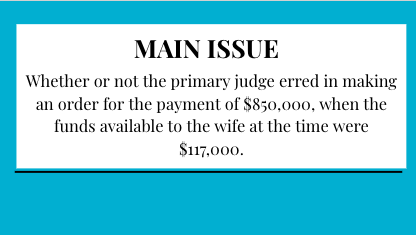 Whether or not the primary judge erred in making an order for the payment of $850,000 when the funds available to the wife at the time were $117,000. 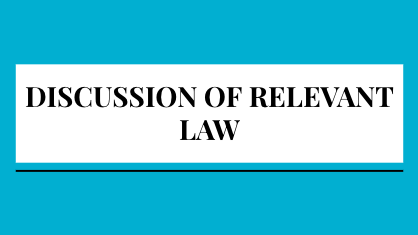 Cardile v LED Builders Pty Ltd (1999) 198 CLR 380; [1999] HCA 18 - provides that the purpose of a freezing order is to ensure that the exercise of the Court’s jurisdiction is not frustrated by the removal of assets.

Jackson v Sterling Industries Ltd (1987) 162 CLR 612; [1987] HCA 23 - provides that when an order for the preservation of assets goes beyond simply restraining the defendant from disposing of specific assets until after judgment, it must be framed so as to come within the limits set by the purpose which it can properly be intended to serve.

Macedonian Orthodox Community Church St Petka Inc v His Eminence Petar the Diocesan Bishop of the Macedonian Orthodox Diocese of Australia and New Zealand (2008) 237 CLR 66; [2008] HCA 42 - provides that when a court is invited to make a discretionary decision, to which many factors may be relevant, it is incumbent on parties who contend on appeal that attention was not given to particular matters to demonstrate that the primary judge’s attention was drawn to those matters, at least unless they are fundamental and obvious.
Medlow & Medlow (2016) FLC 93-692; [2016] FamCAFC 34 - where the decision of the primary judge was erroneous and that a substantial injustice would result if leave to appeal was to be refused.
National Australia Bank Ltd v Bond Brewing Holdings Ltd [1991] VicRp 31; [1991] 1 VR 386 - provides that the giving of the usual undertaking as to damages is the usual course when obtaining an interlocutory injunction.

The order made by the primary judge for the payment of $850,000 exposed the wife to the risk of punishment for contempt in the event it was not complied with, and indeed, the husband has brought such an application.

"That purpose is not to create security for the plaintiff or to require a defendant to provide security as a condition of being allowed to defend the action against him. Nor is it to introduce, in effect, a new vulnerability to imprisonment for debt, or rather for alleged indebtedness, by requiring a defendant, under the duress of the threat of imprisonment for contempt of court, to find money, which he may or may not have (whether or not at some point of time it may have been available to him), to guarantee to a plaintiff that any judgment obtained will be satisfied.

The purpose of a freezing order is to maintain the status quo and not to improve the security position of the applicant or to render the respondent liable for imprisonment for debt. The order should only have been considered if it was clear that it could be complied with, for example, where the transferred funds were in an account under the wife’s control.

It also has to be accepted that whilst there may have been a basis to prevent the funds from being transferred, absent an order from the Court preventing her from doing so, the wife was free to deal with her funds as she saw fit. The wife did not need an order from a court permitting her to do so.

A person is entitled to deal with their assets as they see fit unless there is a legal obligation preventing them from doing so.  The fact that an injunction could have been obtained preventing that person from transferring funds, but was not, does not automatically lead to the proposition that having permissibly done so, they must now reacquire the funds and possibly be held in contempt for not succeeding in doing so.

The wife is granted leave to appeal.  The appeal is allowed. The respondent is to pay the appellant’s costs fixed in the sum of $5,436.56. 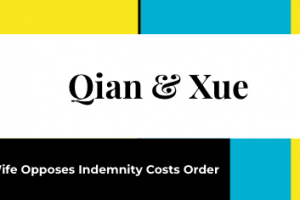 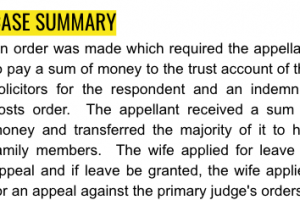 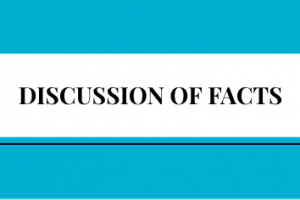 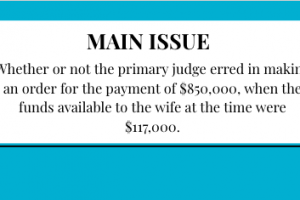 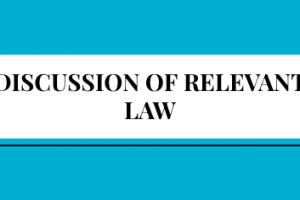 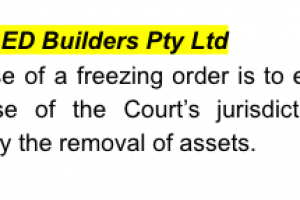 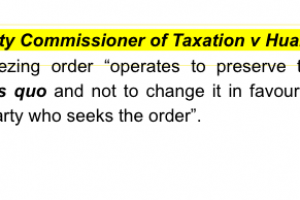 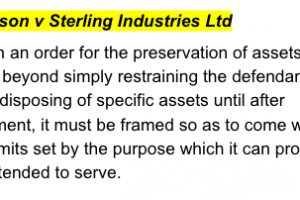