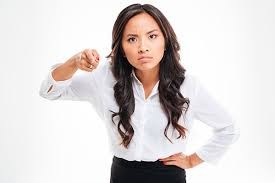 The trial judge made orders for the child to live with the father and spend time with the mother and for the father to have sole parental responsibility. The primary judge found the mother had factually changed events and fabricated allegations of sexual abuse to remove the father from the child’s life.

The mother filed this appeal opposing such finding and orders. The Court, in determining whether to grant the appeal, assessed the adequacy of the primary judge's reasons.

Following the father seeking, on 13 January 2020, parenting orders in the then Federal Circuit Court of Australia (now Division 2 of the Federal Circuit and Family Court of Australia), interim orders were made on 2 March 2020.  Those orders provided for the child to spend time with the father from 8.00 am to 7.00 pm Monday, Saturday and Sunday in week one, and from 8.00 am to 7.00 pm on Monday in week two.

The mother, however, whilst complying with those orders until June 2020, continued to oppose the father spending any time with the child, with her opposition predating her allegations of sexually inappropriate behaviour by the father toward the child.  The Family Consultant, who conducted interviews with the parties in April 2020, recommended that the child spend two nights each week with the father.

The mother’s Notice of Appeal filed 8 September 2021 seeks to challenge a discretionary decision made by the primary judge, being a parenting decision made under Pt VII of the Family Law Act 1975 (Cth) (“the Act”).

Whether or not the appeal should be granted.

Evidence Act 1995 (Cth) s 140(2) - provides that in a civil proceeding, the court must find the case of a party proved if it is satisfied that the case has been proved on the balance of probabilities.

Federal Proceedings (Costs) Act 1981 (Cth) s 6 - provides that where a Federal appeal succeeds on a question of law, the court that heard the appeal may, on the application of a father to the appeal, grant to the father a costs certificate in respect of the appeal.
Bennett and Bennett (1991) FLC 92-191; [1990] FamCA 148 - observed that “in general, the appellate court should be able to discern either expressly or by implication the path by which the result has been reached.”
Blinko & Blinko [2015] FamCAFC 146 - provides that the authorities dealing with cases of unacceptable risk are replete with exhortations to trial judges to “consider deeply where the facts of the particular case fall, and to explain adequately their findings in this regard”.
CDJ v VAJ (1998) 197 CLR 172; [1998] HCA 76 - provides that the process by which a risk is identified and its magnitude measured cannot in parenting cases, be subject to rigid mathematical or empirical assessment.
Cheadle & Pointer [2020] FamCA 327 - observed that "Authorities also recognise that the advantage enjoyed by a trial judge extends to 'inferences drawn by a trial judge from findings of fact, as distinct from findings of fact'. That advantage by a trial judge 'includes findings of secondary facts which are based on a combination of these impressions and other inferences from primary facts'."
Gronow v Gronow (1979) 144 CLR 513; [1979] HCA 63 - provides that before reversal an appellate court must be well satisfied that the primary judge was plainly wrong, his decision being no proper exercise of his judicial discretion.
House v The King (1936) 55 CLR 499; [1936] HCA 40 - provides that the manner in which an appeal against an exercise of discretion should be determined is governed by established principles.
M v M (1988) 166 CLR 69; [1988] HCA 68 - provides that it is to be remembered that the concept of “unacceptable risk” referred to in M v M was within the framework of resolving “the wider issue” namely what is in the best interests of the child and to which the resolution of the existence of an “unacceptable risk” is subservient.
Reeves & Grinter [2017] FamCAFC 19 - held that numerous authorities of the Full Court of this court make it plain that the ultimate decision is for the trial judge and it is a matter for the trial judge’s discretion as to what weight is to be given to expert evidence in the context of all the evidence to be considered.
Robinson Helicopter Co Inc v McDermott (2016) 331 ALR 550; [2016] HCA 22 - where it is well established that appeal courts do not lightly interfere with the findings of fact made by a trial judge “unless they are demonstrated to be wrong by ‘incontrovertible facts or uncontested testimony’, or they are ‘glaringly improbable’ or ‘contrary to compelling inferences’”.

Her Honour clearly outlined her view that the mother fabricated a story that has “blown [the evidence] out of all proportion in an attempt to bolster her case against the father and portray herself as a victim”.  The mother conceded that there was no evidence of any injury to her nose and that no such bruising as she alleged ever resulted from the incident.

The finding by the primary judge that the allegations made by the mother were “with the intention of removing or at least limiting the [father’s] relationship with the child.”  The fact that the mother changed her evidence, in significant respects, to suit her case was a factor, which was given significant weight by her Honour.

The primary judge commenced the trial by explaining to the self-represented mother the procedures adopted at trial.  Her Honour further noted that the mother herself had made no application for legal representation pursuant to s 102NA in the six month period following the listing of the matter for trial, and that the mother could have “brought the matter [back to Court] if [she] thought that was something that should occur”.

The appeal is allowed in part.  Orders 4(b)–(f) and (5) which went to what time the child would spend with the mother and in what circumstances and the extent to which there would be communication between the mother and the child be set aside.  The matter is remitted for rehearing before a judge other than the primary judge in respect of the issue of what time the child will spend with the mother; in what circumstances and upon what conditions (if any).  Cost certificates are granted to the parties.