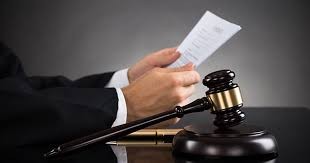 The primary judge made interim parenting orders and refused the dismissal of interim applications.  The father appeals from the primary judge's orders alleging that there is apprehended bias and inadequacy of reasons.  The Court, in adjudicating this dispute, assessed the grounds for appeal.

The parents commenced their relationship in 2007, were married in December 2009 and separated on a final basis in December 2019.  Their three children are presently aged nine, six, and four.  The children lived with the mother and initially spent time with the father during the day, before commencing to spend overnight time with him on weekends.  Following mediation, this time increased to the point where the children spent four nights and one afternoon per fortnight with the father.

In August 2020, a Temporary Protection Order was made in the Suburb A Magistrate’s Court listing the mother as the respondent and the father as the aggrieved.  On 11 August 2020, the father commenced these proceedings.  On 3 February 2021, the father filed an Application in a Case seeking orders for equal shared parental responsibility other than in respect of education and health matters, and that the children be enrolled at a particular school and day care.  The mother responded to the application seeking that she have sole parental responsibility and that the children continue to be home-schooled.

On 16 July 2021, the father filed an Application in a Case seeking that the ICL be discharged, the solicitor for the mother be restrained from acting further in the proceedings, and that he be given leave to privately arrange a family report.  On 30 July 2021, the primary judge heard and dismissed the father’s application to review a registrar’s decision on 26 May 2021 to grant a divorce order in relation to the parties, which order became absolute on 27 June 2021.  The primary judge required the father to undergo a psychiatric assessment, submit to CDT alcohol testing, dismissed the father’s application to review the registrar’s decision filed 14 July 2021 and his Application in a Case filed 16 July 2022, and refused to recuse herself from further involvement in the proceedings.

On 28 April 2022, the father filed an Application in an Appeal seeking that the family report “be struck from evidence” in the proceedings, that the proceedings be referred to the Director of Public Prosecutions and that he be given leave to publish the proceedings.

I. Whether or not there has been a denial of procedural fairness.

II. Whether or not the primary judge failed to take into account a relevant consideration.

III. Whether or not the decision was unjust or plainly wrong.

(a) the nature of the cause of action or defence; and

(b) the nature of the subject-matter of the proceeding; and

(c) the gravity of the matters alleged.

Federal Circuit and Family Court of Australia Act 2021 (Cth) s 35 - positively mandates that a court exercising appellate jurisdiction “must have regard to the evidence given in the proceedings out of which the appeal arose”.

Bennett and Bennett (1991) FLC 92-191; [1990] FamCA 148 - observed that “in general, the appellate court should be able to discern either expressly or by implication the path by which the result has been reached.”

Ebner v Official Trustee in Bankruptcy (2000) 205 CLR 337; [2000] HCA 63 - provides that the inquiry comprises two steps: first, the identification of what it is said might lead the judge to decide a case other than on its legal and factual matters, and secondly, there must be an articulation of the logical connection between that matter and the feared deviation from the course of deciding the case on its merits.
Gronow v Gronow (1979) 144 CLR 513; [1979] HCA 63 - provides that before reversal an appellate court must be well satisfied that the primary judge was plainly wrong, his decision being no proper exercise of his judicial discretion.
House v The King (1936) 55 CLR 499; [1936] HCA 40 - provides that the manner in which an appeal against an exercise of discretion should be determined is governed by established principles.
Johnson v Johnson (2000) 201 CLR 488; [2000] HCA 48 - provides that the test to be applied in determining whether a judge is disqualified by reason of the appearance of bias is “whether a fair minded lay observer might reasonably apprehend that the judge might not bring an impartial and unprejudiced mind to the resolution of the question the judge is required to decide”.
Whisprun Pty Ltd v Dixon (2003) 200 ALR 447; [2003] HCA 48 - provides that it is not incumbent upon a judge to mention every fact or argument relied on by the losing party as relevant to an issue.

There is simply no reason to suspect that there was any impediment whatsoever placed on the father as to the presentation of his case before the primary judge.  The primary judge did produce reasons for her orders pronounced 19 November 2021, and the father did not explain their alleged inadequacy.  In any event, the pathway by which the primary judge reached her several decisions in those reasons is readily discernible.  The reasons given on 30 July 2021 for the primary judge’s inability to extend the time until the divorce order became absolute are adequately expressed in the transcript of the hearing on that day.  Whilst the primary judge’s reasons did not expressly advert to the subpoenaed material referred to in this ground, it is not incumbent upon a judge to mention every fact or argument relied on by the losing party as relevant to an issue.

There was no obligation on the primary judge to respond to requests from the father for the relevant notes, and at least on one view, his direct communication with the primary judge’s chambers was inappropriate. No Application in a Case was filed seeking the production of the notes.  The interim parenting orders made by the primary judge were clearly open on the evidence.