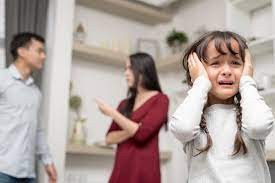 The father appeals from orders in respect of the parties’ children and the division of their property.  In dispute was the father’s alleged unsuitability for any unsupervised care of the children.  The Court, in determining whether or not to grant the appeal, assessed procedural unfairness was caused by the interlocutory order made.

The father initially only sought parenting orders under Pt VII of the Act but, once the mother joined the issue, the proceedings expanded to include applications for financial relief under Pt VIII of the Act.

The central theme of the parenting dispute was the father’s alleged unsuitability for any unsupervised care of the children, principally on account of his long history of illicit drug use and his unstable psychological state, about which there was considerable factual conflict.

The trial occurred over two days (6 and 10 December 2021).  It had been anticipated the trial would last longer, but the father abandoned the trial at lunchtime on the second day in the midst of his cross-examination.

In the absence of any further cross-examination of any witness and in view of the broad agreement between the mother and the Independent Children’s Lawyer (“the ICL”) about the form of orders needed to resolve the parenting dispute, the trial continued on an undefended basis and was concluded within two days.

The mother was unable to give direct evidence of the father’s continuing illicit drug use after their separation, but she and the ICL were concerned about his failure to corroborate his assertion of abstinence, as it was not convincingly verified by any recent drug test results and was quite inconsistent with admissions he made to his medical providers and the Family Consultant.

Orders were made for the mother to have sole parental responsibility for the children and for them to live with her.  The orders made provision for the children to only spend time with the father for two hours each alternate weekend, subject to professional supervision at his cost, and for the children to communicate with the father electronically for 30 minutes each intervening weekend.  Orders were made for the father to transfer his interest in the former family home to the mother in return for a lump sum payment of $106,000 and his protection from any liability in respect of the property.

Otherwise, the parties individually retained their existing property.  Those orders reflected a division of matrimonial property, assessed to have a net value of $424,000.

The first complaint by the father is that he was denied procedural fairness.  The second complaint is that the primary judge fell into discretionary error – either by taking irrelevant considerations into account or by failing to take material considerations into account.  The third complaint is that the primary judge made findings that were not supported by evidence.

The fourth complaint is that the primary judge acted upon a “wrong principle of law”, but the manner in which it is particularised tends to obscure its meaning.

Whether or not the appeal has reasonable prospects of success.

Family Law Act 1975 (Cth) Pts VII, VIII s 102NA - automatically prevented the parties from personally cross-examining one another.
Federal Circuit and Family Court of Australia Act 2021 (Cth) ss 32, 46 - permits the summary dismissal of an appeal if it has no reasonable prospect of success, even if it is not hopeless or bound to fail and which dismissal power may be exercised by a single judge.
Allesch v Maunz (2000) 203 CLR 172; [2000] HCA 40 - provides that the court is not required to indefinitely delay the proceedings merely because a party declines to appear.
House v The King (1936) 55 CLR 499; [1936] HCA 40 - provides that in an appeal from a discretionary judgment, the demonstration of an incorrect factual finding which is material to the exercise of discretion establishes appealable error and vitiates the judgment.

The father admitted he had been convicted of breaching a State intervention order made for the mother’s protection and in which event section 102NA of the Act automatically prevented the parties from personally cross-examining one another.

On each occasion during the first day when the father was informed he may represent himself, he was forewarned that section 102NA of the Act would then preclude his cross-examination of the mother, which evidently dissuaded him from terminating his counsel’s retainer during that day.

At the start of the second day of trial on 10 December 2021, the father was represented by different counsel but the father’s counsel announced that his retainer had been terminated and the father intended taking no further part in the proceedings.

The primary judge refused to allow the father to partially represent himself while he still retained counsel and knowing he was put to his election of either being self-represented or legally represented, the father elected the latter option and retained two counsel in succession.

Once the father sacked the second counsel, his decision not to represent himself was entirely voluntary.

While the father was restricted to the use of five (not four) of the eight affidavits he filed throughout the proceedings, he had already been granted an indulgence to rely upon that many.

The primary judge’s refusal to allow his reliance upon any more, particularly after the trial had commenced and he was already under cross-examination, was an orthodox interlocutory ruling with which the father could not demonstrate any error.

The father complains that his barristers “did not know which affidavits to include in the court diary and consequently chose the wrong ones”, but that complaint has no bearing upon the procedural fairness of the trial conducted by the primary judge.

The father does not identify what material evidence was supposedly overlooked by the primary judge when reciting the incontrovertible fact that such an injunction was made against him.  The father’s evidence of his abstinence from illicit drug use for many years was quite inconsistent with his admissions to the Family Consultant and admissions he made to medical practitioners between 2006 and 2016.  The manner in which this ground of appeal is particularised in the Amended Notice of Appeal precludes any understanding of what it means.