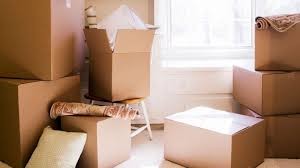 Mother Appeals Orders that she can not relocate

Orders were made refusing the mother’s relocation application.  The mother filed an appeal against such others.  The Court, in determining whether or not to grant the appeal, assessed whether it was reasonably practicable for the mother to remain living in the local area.

On 15 September 2021, a judge of the Federal Circuit and Family Court of Australia (Division 2) ordered that the parties were to have equal shared parental responsibility for the children, who were to live with them on a weekly basis.  The mother’s application for the children to move with her to live at Town X in Queensland was refused, with the result that they would remain living on the New South Wales mid North Coast (“mid North Coast”).

Ms Cording (“the mother”) and Mr Cording (“the father”) have two children who were born in 2014 and 2016.  The three grounds of appeal that were pressed (Ground 2 was abandoned) deal only with the rejection of the mother’s contention that it was not reasonably practicable for her, financially, to remain living on the mid North Coast and that she has a “degree of support” in that area.

The parties separated in May 2018.  At that time, they were living in Town Y.  After a serious incident involving the father on 15 September 2018, the mother suspended his time with the children.  The mother moved to Town W located in the mid North Coast region and was followed by the father, who moved there in order to be closer to the children.  He also changed jobs for that purpose.  Eventually, the children started spending supervised time with the father.

Consent orders were made on 25 March 2019, which provided for the parties to have equal shared parental responsibility for the children, who were to live with the mother.  At some stage, between July 2019 and November 2019, the mother moved with the children to Town Z, also located in the mid North Coast region, which is where the maternal grandparents live.  The mother entered into a new relationship in late 2018 with Mr P.  In July 2019, he moved to reside at Town X.

The relationship continues and the mother wishes to move to Town X with the children to live with Mr P.  The mother is currently studying to qualify as a professional and at the time of the hearing, was 12–18 months away from graduating.

Whether or not it was reasonably practicable for the mother to continue to live in the local area.

Family Law Act 1975 (Cth) ss 65DAA - provides that subject to subsection (6), if a parenting order provides (or is to provide) that a child's parents are to have equal shared parental responsibility for the child, the court must:
(a)  consider whether the child spending equal time with each of the parents would be in the best interests of the child; and

(b)  consider whether the child spending equal time with each of the parents is reasonably practicable; and

(c)  if it is, consider making an order to provide (or including a provision in the order) for the child to spend equal time with each of the parents.
Federal Circuit and Family Court of Australia (Family Law) Rules 2021 (Cth) Sch 3 - pursuant to which the mother’s amended schedule of costs claims is a total of $40,281.56.
AMS v AIF (1999) 199 CLR 160; [1999] HCA 26 - provides that appellate courts avoid an overly critical, or pernickety analysis of reasons.
Australian Broadcasting Tribunal v Bond (1990) 170 CLR 321; [1990] HCA 33 - provides that it is an error of law to make a finding of fact where there is no evidence to support it.
De Winter and De Winter (1979) FLC 90-605 - provides that it may in some cases appear that the mistake of fact has not affected the final result, or that its effect has been negligible, or that in any case the conclusion reached was correct, notwithstanding the error.
The Hon Sir Frank Kitto KBE, “Why Write Judgments?” (1992) 66 Australian Law Journal 787 - provides that “[q]uickness of decision is no substitute for thoroughness in consideration and the utmost care in the formulation of reasons”.

The mother's case was that she would receive emotional support from and, importantly, be able to live with Mr P instead of being required to rent premises on the mid North Coast.  It was put that the father’s proposal for shared care of the children on the mid North Coast was not practicable.

The mother contends that it is not reasonably practicable for her to continue to live in the local area because she says that she does not have any real support from her parents, both of whom she says are ill and were hospitalised for a period in 2019, which is fundamentally what led to her deciding that she had to leave the area.

A finding was made that there was available accommodation in the Town W/Town H area in the mid North Coast at the same rent currently being paid by the mother at her short term rental. This would, however, increase travel time to Town X, a trip taken fortnightly, by almost an hour.

The mother’s unchallenged evidence was that her parents were in poor health and both were extremely ill in late 2019.  There was no evidence upon which the primary judge could find that the maternal grandparents could or would provide some basic level of support.  The mother did not concede that she could stay at the maternal grandparents’ home with the children, let alone for any significant period of time.  Counsel for the father could not point to any evidence to that effect.

The mother’s unchallenged evidence was that, at the time of the hearing, she had no furniture and no money for a bond. She had been living in a short term holiday rental but could no longer afford to do so as the rent was being raised to ordinary commercial levels. She said that she borrowed the initial rent, paid in advance of $6,140, until she moved to a week to week arrangement at $350 per week which was about to increase to $375–$400 per week