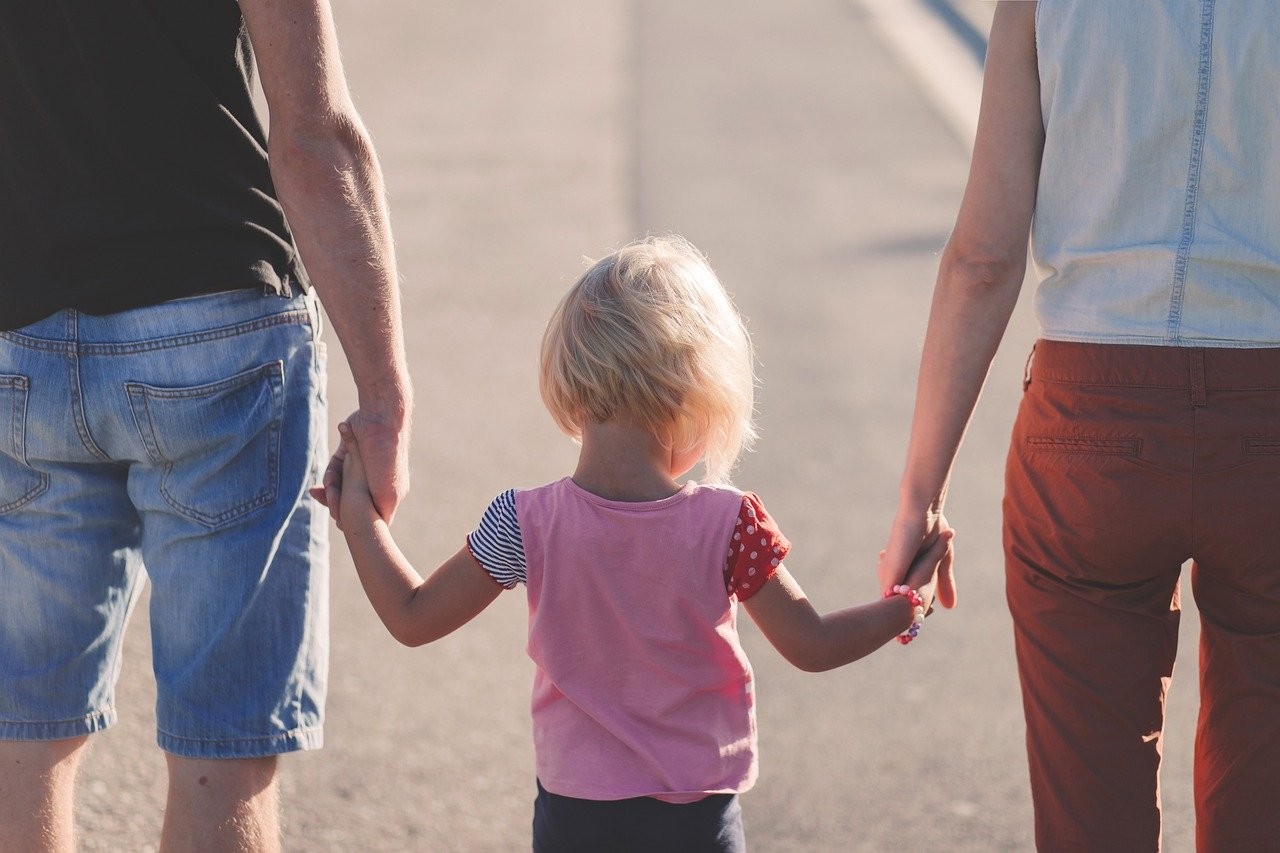 The primary judge made final parenting orders finding that international relocation to Eastern Europe is not in the child’s best interests.  Both parties were restrained from removing the child from Australia.  The mother appeals the orders alleging that the primary judge made errors of fact, failed to give appropriate weight to certain evidence, and gave inappropriate weight to the father’s submission that he and the mother had been able to cooperate about changeovers between the date of hearing and the delivery of the judgment.

The parties met in late 2010, married in January 2014 and separated in March 2016.  The child has always lived with the mother and there was no serious dispute that she should continue to do so.  At the time the parties married, each was working and had property and resources, although it was agreed that the father had significantly greater assets and resources than the mother.  The mother sought orders that she be allowed to relocate with the child to City Q in Country D from where the mother comes, and where her family lives and conducts business.

The mother alleged that during the relationship and following separation, the father was verbally and emotionally abusive of her and he was aggressive at changeovers.  As a result, the mother said that her mental health was affected.   The mother had experienced symptoms of depression and anxiety and has sought medical assistance and at least for a time, medication was prescribed to assist with her symptoms.  The mother appeals the orders.

Whether or not the primary judge erred in making final parenting orders and property orders.

Beaton & Beaton [2020] FamCAFC 297 - held that it is apparent from the multitude of decisions of judges in interim hearings confirmed on appeal, that the principal issue in relocation cases is not whether the case is “an emergency”.

Bennett and Bennett (1991) FLC 92-191; [1990] FamCA 148 - provides that the obligation on a judge to give adequate reasons is well-known.
Biltoft and Biltoft (1995) FLC 92-614; [1995] FamCA 45 - the Full Court said that notwithstanding the general practice which has developed, the Court has indicated that it may properly determine not to take into account or to discount the value of an unsecured liability in certain circumstances.
CDJ v VAJ (1998) 197 CLR 172; [1998] HCA 76 - where “in reaching the orders the subject of the appeal, the court below has acted on a wrong principle or (although the precise error of principle cannot be identified) has reached a conclusion which is plainly wrong”.
Christmas v Nicol Bros Pty Ltd [1941] NSWStRp 47; (1941) 41 SR (NSW) 317 - provides that where there are inconsistencies in a witnesses evidence, it is a quintessential aspect of the judge’s role in fact finding that they may reject part of a witness’ evidence and accept parts if the trier of fact comes to the view that the witness’ account is credible.
Concrete Pty Ltd v Parramatta Design & Developments Pty Ltd (2006) 229 CLR 577; [2006] HCA 55 - provides that challenges which contend judicial bias; that a trial or proceeding was procedurally unfair or that a litigant was denied natural justice, are very serious and, if correct, cut to the heart of the validity and acceptability of the outcome and for that reason such contentions must be considered first because if established, there can be no outcome other than a rehearing.
Deiter & Deiter [2011] FamCAFC 82 - held that one difficulty in creating a “checklist”, is that a gloss will be added to a statute that is already overly complicated.
Edwards v Noble (1971) 125 CLR 296; [1971] HCA 54 - provides that where a finding of fact is reasonably open on the evidence in the case, it will not be reversed merely because the appeal court would not have made the same findings.
Gronow v Gronow (1979) 144 CLR 513; [1979] HCA 63 - held that what weight or importance is attributed to evidence is a matter quintessentially for the trial judge and successful appellate intervention faces a high bar.
Lee v Lee (2019) 266 CLR 129; [2019] HCA 28 - provides that where the factual findings are likely to have been affected by the judge’s impressions about the credibility or reliability of the witnesses formed from seeing and hearing them give their evidence, unless those findings are demonstrated to be “glaringly improbably” or “contrary to compelling inferences” significant appellate restraint is required.
Malcolm & Monroe and Anor (2011) FLC 93-460; [2011] FamCAFC 16 - provides that the determination of issues regarding children whether on an interim basis or at a final hearing is by reference to the best interests principle.
Morgan & Miles (2007) FLC 93-343; [2007] FamCA 1230 - where a concern in making checklists is that judicial officers will begin to apply the checklist, rather than the legislation, thereby overlooking the nuances contained in the statute.
Pollard v RRR Corporation Pty Ltd [2009] NSWCA 110 - provides that the judge's reasons must enable the parties to understand the basis of the judge’s decision and the extent to which the parties’ arguments have been accepted

No submission either in writing or oral addressed the mother's contention that the primary judge denied the mother procedural fairness in accepting an assertion of the father.  The parties had implemented changes to the then existing orders to accommodate the necessary structures consequent on the COVID-19 pandemic and his Honour’s conclusion reflected the parties’ submissions.

The mother challenges the primary judge's finding that the mother consistently failed to complete a Triple P parenting program.  The asserted mistake of fact was difficult to follow because at one point counsel for the mother argued that while the mother had not undertaken the parenting program when she was assessed by Dr S, she had later completed it.  However, there were a number of matters which caused the primary judge to consider whether the presumption should be rebutted, including the distrust and conflict between the parties and Dr S’ view that it might not resolve.

As to the issue of the mother's mental health, the primary judge referred to the father’s evidence that while the mother referred to attending her general practitioner for assistance in dealing with stress, he said she did not reveal that she was referred to a psychologist who diagnosed her as having stress, anxiety and depression and she was prescribed medication until January 2019.  The primary judge did not accept that the mother had attempted to suppress the evidence of her mental health but did conclude that she had sought to minimise the extent of those problems.

Although the primary judge accepted that the mother was presumably continuing residence in Australia, the primary judge nevertheless concluded that for the same reasons the relocation to Country D was denied, so too should the mother be denied international travel with the child without restraint.  Although Country D is a signatory to the Hague Convention on the Civil Aspects of International Child Abduction (“the Abduction Convention”), Australia does not recognise its accession.  Hence, there are significant problems in enforcing and executing orders relating to children in Country D.  Furthermore, even if the value of the father’s interest in Unit 2 was $180,000 rather than $79,200, given the uncontested evidence of the father’s property and assets at the date of the commencement of the parties’ relationship, the failure to include Unit 2 at its full value would not drive a finding that the father’s initial contributions were not significantly greater than those of the mother.

Indeed, if he in fact held 100 per cent of the legal and beneficial interest in Unit 2, given that it was acquired in 2008, it would increase the value of the property held by him at the time the parties started their relationship.  If the father did own 100 percent of Unit 2 and it was included in the balance sheet at $180,000, it does not follow that the financial adjustment in the mother’s favour would change accordingly, because it would give a greater value to the father’s contributions.

No error has been shown in support of the contention that there was denial of procedural fairness. No such error has been demonstrated in making the order for equal shared parental responsibility and the conclusion reached by the primary judge was plainly open on the evidence before him.  The Court dismissed the appeal.  The appellant mother is to pay the respondent father’s costs in the sum of $7,291.88.