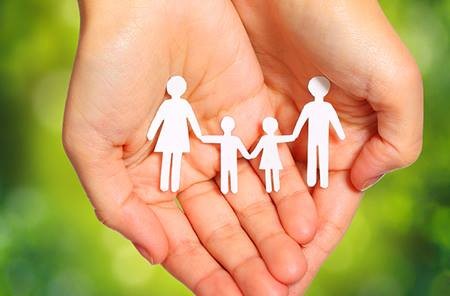 Father Opposes Order for Mother to Have Sole Parental Responsibility

Final parenting orders were made providing for the mother to have sole parental responsibility.  The fathers appeals from such orders asserting that the primary judge failed to afford the father procedural fairness and denied the father natural justice.  The Court, in ruling on this dispute, assessed the adequacy of the primary judge's reason for her decisions.

Ms Eley (“the mother”) alleges that she and Mr Harron (“the father”) were in an “on and off” relationship over a period of years.  The father denies being in a relationship with the mother and having had consensual intercourse with the mother at the time that the child was conceived.  The primary judge noted that by the time the mother discovered she was pregnant the father had ceased living in the same town and had moved away.  The mother contends that she told the father about her pregnancy and he told her that he did not wish to be involved with the child.

On 10 July 2013, the mother brought proceedings seeking a declaration of paternity; orders that the father be assessed in relation to child support and she also sought parenting orders in relation to the child.  The father did not attend the hearing although the primary judge observed that he had been notified by the Court of the proceedings.  On 26 February 2014, the father was declared to be the child’s father and an order was made that he be assessed for the purposes of child support.  The father has never met the child.

The Judge of the Federal Circuit Court, on 5 May 2021, made orders giving the mother sole parental responsibility for X who shall live with the mother.  No orders were made that the child spend time of any sort with the father although the primary judge’s orders provided that the father may send the child age appropriate gifts and cards.  The father appeals from final parenting orders.  The father contended that he had wanted to see the little girl but the mother had prevented him from doing so.

Whether or not the Court should grant the father's appeal.

Family Law Act 1974 (Cth) - relied upon by the Court in concluding that it was in the child’s best interests to continue to live with the mother and that the mother have sole parental responsibility for her.

CDJ v VAJ (1998) 197 CLR 172; [1998] HCA 76 - provides that the weight or importance given to evidence is a matter quintessentially for the primary judge and unless an appellant can show that the primary judge was “plainly wrong”.
Concrete Pty Ltd v Parramatta Design & Developments Pty Ltd (2006) 229 CLR 577; [2006] HCA 55 - provides that assertions of judicial bias; that a trial or proceeding was procedurally unfair or that a litigant was denied natural justice are very serious and, if correct, cut to the heart of the validity and acceptability of the outcome and for that reason such contentions must be considered first because if established, there can be no outcome other than a re-hearing.
SCAA v Minister for Immigration and Multicultural and Indigenous Affairs [2002] FCA 668 - Doussa J said that reasons for decision reflect conclusions reached at the end of the decision making process, and if the decision is against the party complaining, the expression of adverse findings on credit and fact are an inevitable part of the expression of the reasons.
Soulemezis v Dudley (Holdings) Pty Ltd (1987) 10 NSWLR 24 - provides that a judge has an obligation to give reasons for their decision and the reasoning must be discernible to the parties and to a court considering an appeal from the decision.
Vakauta v Kelly (1989) 167 CLR 568; [1989] HCA 44 - held that to fail to raise an objection to an asserted demonstration of apprehended bias can in some circumstances prevent it being later raised.

The father’s position in the hearing as demonstrated by the several affidavits he filed, was that the child should immediately move to live with him and that he be the primary carer “for compensation of 6 years estrangement and alienation.”  The father alleged that the mother and her present partner posed risks of abuse to the child and he filed a Notice of Risk in which he made a number of assertions of abuse about the mother and her partner.  The Family Consultant, Ms C, reported that if the child moves to live with her father, or to live equally with him (setting aside the practical difficulties of this) she is likely to feel distressed, confused, worried and fearful.  She may feel rejected by her mother as she is unlikely to understand how her mother could allow this to happen.

There was no evidence that the child had been harmed in the mother’s care nor had any outside agencies had intervened in relation to her care.  Her Honour did however consider the father posed a significant risk to the child by reason of his wholly negative attitude to the mother and his perception of himself as having been a victim of her wilful and deliberate acts including blaming the death of his infant son on the mother and her receipt of child support payments for the child.

Contrary to the father's grounds of appeal, at no point was the father “threatened” with a psychiatric examination and her Honour’s comments represented her reaction to the nature of his evidence, which, having considered the transcript and the contents of the father’s affidavits, were concerns reasonably open to her.  Even if her Honour’s comments could have been construed as conveying an impression of bias, no complaint was made by counsel then appearing for the father to her honour about those remarks nor was any application for recusal made and in my view, the father cannot now raise it.  The father does not agree with the primary judge’s reasons, and that is clear from his summary of argument, however, that does not mean that they are inadequate to demonstrate her Honour’s reasoning process from the evidence to the final orders.

The Court concluded that no grounds of appeal were made out.  The Court dismissed the appeal against the orders of a Judge of the Federal Circuit Court made on 5 May 2021.