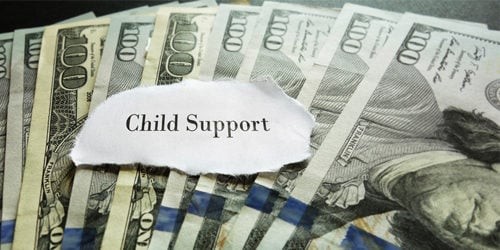 The applicant and the payee are the divorced parents of five children under the age of 18.  On 19 January 2018, the Child Support Registrar filed in the Federal Circuit Court of Australia an Application in a Case, pursuant to s 113 of the Registration Act seeking orders for payment of a child support debt owed by the applicant.   On 15 May 2018, a judge of the Federal Circuit Court of Australia made orders listing the matter for further determination in September 2018, as well as procedural and interim orders restraining the applicant from dealing in any way with his interest in his real property and water access licence.  On 17 June 2019, the applicant paid the Child Support Registrar $66,000 in partial satisfaction of the outstanding child support liability and the Registrar agreed to remit late payment penalties of $15,371.24.

On 10 December 2020, the primary judge ordered that the applicant pay $33,013.22 to the Child Support Registrar within 90 days.  This comprised a child support debt of $25,259.72 and costs of $7,753.50.  Further orders were made restraining the applicant from dealing with and charging his interest in his property and water access licence, pending payment in full of his child support debt and costs.  By a Notice of Appeal filed 6 January 2021, the applicant seeks leave to appeal from Orders made by a judge of the Federal Circuit Court of Australia (as the Court was then known).   In the Notice of Appeal, the applicant sets out six purported grounds of appeal, although some of these grounds are in fact submissions and arguments. Adopting the applicant’s terminology, the grounds of appeal are that the primary judge failed properly to consider the evidence, was plainly wrong, failed to accord procedural fairness, denied natural justice, failed to provide adequate reasons and was biased.

The applicant contends that the Orders were infected by judicial bias as well as other legal, factual and discretionary errors.  At issue is the primary judge’s reliance on a valuation of his real property, however these complaints do not impugn the basis of the primary judge’s Orders.  The respondent opposes the application for leave to appeal, and if the Court grants leave, submits that the appeal should be dismissed with costs, contending that  the applicant did not at first instance, and does not now, provide any evidence of facts which would displace the prima facie evidence of the s 116(2) certificate, which states the amount of the applicant’s debt to the Commonwealth, as recorded in the Child Support Register.

Whether or not the proposed grounds of appeal demonstrate error of law or are with merit.

Child Support (Registration and Collection) Act 1988 (Cth) s 17 - rovides that a liability for child support pursuant to a child support assessment, is a “registrable maintenance liability”.

Child Support (Registration and Collection) Act 1988 (Cth) s 30 - provides that upon registration, a registerable maintenance liability is a debt due and payable to the Commonwealth.

Child Support (Registration and Collection) Act 1988 (Cth) ss 113, 113A - provides that the debt is payable to and recoverable by the Child Support Registrar.

Child Support (Registration and Collection) Act 1988 (Cth) s 116 - where production of a document under s 116(1) and a certificate under s 116(2) is prima facie evidence of the existence and particulars of a child support debt owed by a person to the Commonwealth.

Family Law Act 1975 (Cth) s 117 - wherein the applicant being wholly unsuccessful, is a ground for departure from the usual rule that each party shall bear his or her own costs
Federal Circuit and Family Court of Australia Act 2021 (Cth) s 28(1)(a)(ii) - provides that leave is required to appeal a judgment of the Federal Circuit and Family Court of Australia (Division 2) exercising jurisdiction under the Registration Act. Although the Orders subject of the application for leave to appeal were made by a judge of the Federal Circuit Court of Australia, that provision applies to this appeal.
Family Law Rules 2004 (Cth) r 22.03 - provides that a a Notice of Appeal, where leave to appeal is sought, must be filed within 28 days after the date of the relevant order.
Federal Circuit and Family Court of Australia (Family Law) Rules 2021 (Cth) r 11.03 - prescribes that prior to an enforcement application, the person seeking to enforce payment of a child support liability must first obtain an order for payment of the amount by filing both an application and a supporting affidavit.
Abani & Abani & Anor (SSAT Appeal) [2015] FCCA 3617 -  where the applicant was aware of his child support obligations given his long history of challenging child support assessments.
Bhatt & Acharya (Costs) [2017] FamCAFC 71 - provides that impecuniosity does not generally prevent the making of a costs order and nor should it in the present case.
Charisteas v Charisteas [2021] HCA 29 - provides that an applicant must first identify the precise conduct it is alleged might lead the judge to decide the case other than on its legal and factual merits and secondly, articulate the connection between the identified conduct and the reasonably apprehended deviation from the duty of impartiality.
Concrete Pty Ltd v Parramatta Design & Developments Pty Ltd (2006) 229 CLR 577; [2006] HCA 55 - provides that we deal firstly with the issue of bias because a finding of either apprehended or actual bias, and by extension procedural unfairness, must result in a retrial, irrespective of the outcome of the findings on other issues.
DL v The Queen (2018) 266 CLR 1; [2018] HCA 26 - provides that the obligation of a trial judge is to provide adequate reasons, but adequacy depends on the circumstances of the case and brief reasons are not necessarily inadequate.
Eames & Eames (2018) FLC 93-866; [2018] FamCAFC 204 - the Full Court affirmed Medlow as the appropriate test to be applied in child support matters noting that it “has the flexibility to take into account, where necessary, any particular matters arising out of the fact that the proceedings concern child support”.
Ebner v Official Trustee in Bankruptcy (2000) 205 CLR 337; [2000] HCA 63 - the High Court of Australia confirmed that the relevant test to be applied to determine whether there was apprehended bias was whether a “fair-minded lay observer might reasonably apprehend that the judge might not bring an impartial mind to the resolution of the question” to be decided.
House v The King (1936) 55 CLR 499; [1936] HCA 40 - where the primary judge erred by failing to exercise any discretion to decline to make orders for payment of the child support liability having regard to accepted principles governing the challenge to discretionary decisions.
Johnson v Johnson (2000) 201 CLR 488; [2000] HCA 48 - provides that the observer is taken to be reasonable; and the person being observed is “a professional judge whose training, tradition and oath or affirmation require [the judge] to discard the irrelevant, the immaterial and the prejudicial”.
Medlow & Medlow (2016) FLC 93-692; [2016] FamCAFC 34 - provides the test to be applied in applications for leave to appeal which is whether, in all of the circumstances, the decision is attended by sufficient doubt to warrant it being reconsidered by the appellate court, and whether substantial injustice would result if leave were refused, supposing the decision to be wrong.
R v Watson; Ex parte Armstrong (1976) 136 CLR 248; [1976] HCA 39 - provides that claims of judicial bias should usually be confined only to apprehended bias and there is no suggestion of actual bias.
Vakauta v Kelly (1989) 167 CLR 568; [1989] HCA 44 - provides that a failure of the applicant to make any application for the primary judge to disqualify himself  raises real difficulties for the applicant in terms of a waiver of his right to raise bias objection in an appeal.

The bare assertions of the applicant about deficiencies in a valuation report, and his misunderstanding of the instructions for the valuation, fails to identify or articulate the logical connection between the matters identified by him and the deviation from deciding the case on its merits.  It is no demonstration of apprehended bias that the applicant dislikes or disagrees with one of the valuations before the primary judge or asserts the primary judge relied on a disputed valuation.  Contrary to the applicant's complaint, the reasons of the trial judge, while brief, the judgment deal with the child support certificate (s 116(2)), which was prima facie evidence of the applicant’s liability.  The primary judge considered that there was equity in the property to meet the outstanding liability.

The proposed grounds of appeal failed to demonstrate any error of law, are devoid of merit and have no reasonable prospect of success.  The application for leave to appeal is dismissed.  The applicant is ordered to pay the costs of the respondent fixed at $7,500 within 90 days.