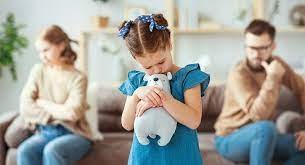 Father Opposes Mother's Relocation, Seeking that Children Remain with Him

The mother is moving to Suburb C due to placement as a health care worker at Employer D.  The father sought that their children X and Y remain with him.  The Court in deciding where the children should live considered who was the primary carer of the children before the parties' separation.

The mother, in whose care the children (X and Y) presently live, has moved to Suburb C and is living with her mother.  The father, who remains living in Town G, seeks that the children live with him there and spend time with their mother in accordance with the mother’s roster as a health care worker.  The mother’s move to Suburb C was precipitated by the fact that the only placement she could obtain that would advance her career was that at Employer D.  She relocated accordingly on a unilateral basis, in effect, because she knew that the father would object, as he indeed has.

The father deposed that he was served with an intervention order on 24 January 2021 following an incident the previous evening when the mother, her stepsister and her father attended the father’s parent’s house.  It is the father’s position that this was obtained without any cause simply to get the children back in the mother’s care.  He asserts that the mother was absent for a week and a half during the time he cared for the children because she undertook cosmetic surgery.  The father deposed to the mother’s alleged excessive partying and times of absence because of her study.

The mother asserted that the father was not in good health, has schizophrenia, severe depression and debilitating anxiety, which prevented him from engaging in work and social activities.  The father went on to depose to the fact that the children were enrolled for L School in Town H and that X was excited to be going there.  The Counsel for the father referred to the mother’s brother’s child pornography charges and he seeks an exclusion of that person entirely from the children’s lives.  Both parents seek an order for equal shared parental responsibility.

I. Whether or not the mother was the primary carer of the young children prior to separation.

II. Whether relocation should or should not be permitted.

III. Where the children should primarily live.

Family Law Act 1975 (Cth) ss 60CC - provides that the Court should treat the child's best interests as the paramount consideration in making its orders.  The Court is also tasked to consider the matter set out in this section's subsections in determining what constitutes their best interest.

X was reported of being “sort of” settled at his new school and having made some friends, but that his primary social connection is with his cousin and one of her friends.  The main thing he did not like was that he did not get to see his father.  Y spoke positively about her experience with each of her parents, and appeared to enjoy both households.

The children’s primary attachment is to their mother.  The mother worked a maximum of three days per week.  The father looked after the children with the assistance of his family and spent most of the day in bed.   The father’s credibility is open to question.

He said he had Crohn’s disease and this was obtained historically but then it emerged that he had only had Crohn’s for five years and before that anxiety and depression.  He was on 50 milligrams of Clotiapine, which is an antipsychotic.

The Court ordered for the parents to have an equal shared parental responsibility for the children.  The children shall live with the mother.  The children shall spend time and communicate with the father 2 out of every 3 weekends as agreed between the parents in writing.  Changeover shall occur outside the McDonalds restaurant in Town E unless otherwise agreed by the parties in writing.

Each parent keeps the other informed of their current telephone numbers and address and notify the other within 24 hours of a change of the same.  Each parent shall immediately notify the other in the event of any serious illness or serious injury in respect of the children.  Both parents are at liberty to attend all school, sporting and extra-curricular events to which parents are normally invited.  The parents are restrained from denigrating the other or the other’s family, discussing these proceedings with or in the presence or hearing of the children, and leaving the children unsupervised with the maternal uncle Mr F.