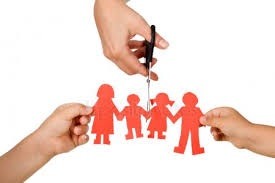 The father was required by previous orders to engage with a specific psychologist ‘Mr B’ who has experience with anger management and family violence or if unavailable such other therapist nominated by the ICL.  The father did not attend ‘Mr B’ instead the father saw ‘Mr F’ who is a psychologist however, the mother disputes whether ‘Mr F’ has professional expertise with anger management and family violence as were ordered by the court.

The father alleges ‘Mr B’ was on leave and seeks to have time with the children reinstated and for the child to engage in re-unification therapy.

In determining this matter it was required to set out the relevant provisions of the orders made 27 July 2018:-

(2) That the father shall attend upon [Mr B] (psychologist) or if unavailable such other therapist nominated by the Independent Children’s Lawyer (“ICL”) with expertise in the area of anger management and family violence and to comply with all instructions and further counselling and/or therapy as may be recommended by him or her.

(3) At the completion of five (5) visits with the nominated therapist which are to occur within ten (10) weeks of the date of this order, the father is to obtain a report from the therapist as to his engagement with therapy and that he has successfully completed the five (5) visits.

(4) If the father has not completed the five (5) visits as nominated THEN until further order, paragraph 1 of orders made 4 August 2017 shall be suspended.

It was confirmed that Mr B was indeed on leave and not available to do the sessions with the father. The ICL therefore contends the consideration for the nomination of Mr F was “entirely within the discretion of the Independent Children’s Lawyer in accordance with paragraphs 2 and 3 of the orders. The ICL states that ‘I have exercised that discretion, and the issue is concluded’. This was accepted.

However, it was established that whilst Mr F does hold an Honours Degree in psychology and has widespread experience across health, welfare, education and management sectors focusing on trauma psychology it is unknown if he has expertise in the area or experience with family violence or anger management.

Moreover, it was confirmed the father has indeed not completed the required five therapeutic visits with either Mr B or any nominated therapist, it was also determined the father’s application was lacking for the orders he sought. There was no evidence provided to support his application for re-unification therapy. It was identified there needs to be a completed assessment from a nominated practitioner that reports the issues raised in the proceedings and provides an assessment as to the prospects of success, limited or otherwise for reunification. Reunification therapy is subject of the evidence provided, it’s not a matter of theoretical consideration.

Key Legislation In This Case.

BEST INTERESTS OF THE CHILDREN

The primary considerations are:-

(a) the benefit to the child of having a meaningful relationship with both of the child’s parents; and

(b) the need to protect the child from physical or psychological harm from being subjected to or exposed to, abuse, neglect or family violence.

It is an appropriate enquiry by the Court to ensure any risk to the children (if same exists) is minimised such that the application of s 60CC(2A) does not outweigh the benefit of the children having a meaningful relationship with the father.

In Deiter & Deiter  [2011] FamCAFC 82 the Court considered the situation where contested facts related to an assessment of risk and said at [61]:-...the assessment of risk in cases involving the welfare of children cannot be postponed until the last piece of evidence is given and tested, and the last submission is made.

In SS & AH [2010] FamCAFC 13 the Full Court considered the care that should be exercised in making findings in interim proceedings:... In our view, findings made at an interim hearing should be couched with great circumspection

In Marvel v Marvel [2010] FamCAFC 101 the Full Court discussed the difficulties associated with making findings on contested evidence as follows:-...As has frequently been emphasised interim parenting proceedings, and orders made as a consequence, are a necessary but temporary measure until all the evidence can be tested, evaluated and weighed at a final hearing by the making of final parenting orders Interim parenting orders are frequently modified or changed after a final hearing, and any allocation of parental responsibility made at an interim hearing is disregarded at the final hearing (section 61DB).