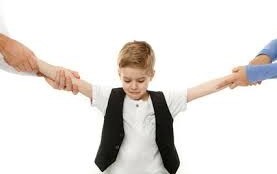 Final orders have been made for the mother to have sole parental responsibility and that neither parent can take the ten-year-old child out of Australia.

The father has now applied for permission to travel overseas with the child and is also seeking for the injunctive order of the airport watch to be removed, the mother wants the application dismissed and has made allegations that would cause apprehension of the court as to the father’s credibility, the mother is concerned the father will find a “loop hole” to take the child from Australia and never return. The Father alleges that the mother’s allegations against him are vexatious.

Is it in the best interest of the child to grant the international travel application for the holiday period?

The Judge additionally used the approach from Line and Line [1996] FamCA 145;  (1997) FLC 92-729 that outlines aspects appropriate for consideration in an international travel matter. However, it was noted that this is an interim level proceeding, therefore the evidence is yet to be tested, so findings of fact can be challenging.

There are a lot of unanswered questions in this case, the father failed to answer or deny any of the serious allegations in an affidavit that he filed after receiving the mother’s affidavit. This concerned the court and reinforced the mothers claim that the father may find a “loop hole” and remove the child from Australia never to return.

Furthermore, the father wanted to remove the permanent airport watch order, however, there are also unanswered questions about why there is a permanent travel injunction in the first place, the father just pointed to the mother as being the problem.

Moreover, the father has also consented to sole parental responsibility to the mother in 2016, the court cannot simply disregard the mother’s obligations as a parent and also her wishes. The Judge further noted the need to be cautious about disregarding claims where there is an extensive past of suspicion and lack of communication between both parents.

It was established on the balance of probabilities, due to the lack of proper material provided the ‘leap of faith’ is too great in this case.