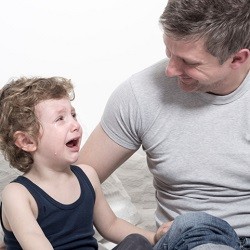 This is an application made by the mother to have the father’s parenting application be summarily dismissed due to the fact that the children have an adamantine opposition to any contact with the father.

The application before the court is made by the Independent Children’s Lawyer and supported by the mother and seeks the summary dismissal of the father’s application pursuant to section 45A of the Family Law Act 1975 (“Act”).

The father’s initiating application was filed on 27 April 2018 seeking time with the children.

The family report corroborates the history alleged by the mother and all children had no interest in seeing the father.  X has very strong views about the family violence history and wants no time with her father. Y stated that he was very strongly opposed to seeing his father and fearful of him. Y was resistant throughout the parenting orders program and the family contact centre and refused to leave the car.

The children’s views have been very clearly expressed.  It was submitted that Y is beyond mere words, but his position could be described as primal.  The older sisters have expressed real concerns about their younger brother spending time with the father.  There has been no time for three years and the children’s views are unchanged.  The father has failed to move the situation forward.

X, who is now 15, is adamantly opposed to spending any time with the father herself.  X also reports an actual memory of assaults by the father on the mother. Y is scared of the father.

Issue: Should the court dismiss the father’s application?