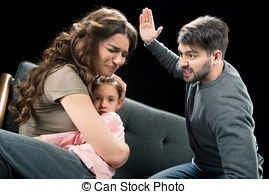 The mother seeks sole parental responsibility although she is open to providing relevant information, to the father, about major long term issues to do with the children’s care, welfare and development. She alleges that there are issues concerning the father’s mental health and personality traits. She categorises him as an emotionally reactive person and therefore an individual who is likely to be an unreliable parent. She also claimed that he subjected her and the children to family violence during the parties’ relationship.

The father has been seeking to increase his time with the children. He seeks an order that the parties have equal shared parental responsibility for X and Y and to spend substantial and significant periods of time with them. He has deposed that his mental health has been restored. It is his position that the parties’ relationship was categorised by mutual incidents of poor behaviour and the mother is now attempting to restrict his relationship with the children unreasonably and in order to satisfy her own needs for control.

Whenever the court makes  a parenting order, in respect of a child, it is mandatory that it consider the  application of the  presumption of equal shared  parental  responsibility  be  applied  to  the  parents  concerned, given the  importance  the  legislature  places  on  both  parents  being closely involved in their child’s life [section  61DA]–so  long  as  this involvement  is  commensurate  with  protecting  the  children  concerned from harm.

The  presumption of equal shared parental responsibility is rebutted if it is found, on reasonable  grounds, that one of the child’s  parents has abused  the  child  concerned  or  exposed  him  or  her  to  family  violence [section 61DA(2)].

In deciding whether to make any particular parenting orders, in relation to  a  child,  the  court  must  regard  the  best  interests  of that  child  as  the paramount  or  most  important  consideration. Section 60CC of the Family Law Act 1975 lists down the matters which the court must take into account in deciding how a child’s best interests are to be served. This section creates two classes of considerations   which are relevant –primary  considerations  and  a  longer  list  of  additional  considerations.  Generally speaking, the court should give  greater weight to the primary considerations,   which  closely  tie  in   with  the   overall  objects  and principles of the Act set out in section 60B. There are two primary consideration:

Other specific criteria, relating to how the court is  directed to consider how the best interests of any children concerned may be served, by any order which  is made,  are set out in section 60CC(3).

In  this  particular  case,  sub-paragraphs  (a) ;(b) ;(i);(j) ;  and  (k)  of section  60CC(3)  are  relevant. These  subparagraphs  deal  with  the following  issues: The  views  of  any  child  concerned  and  any  factors  impacting  on that  view,  particularly  the  maturity  or  level  of  understanding  of the child; The nature of the child’s relationship with parents and significant other persons, including  grandparents; The attitudes to the responsibilities of    being a    parent demonstrated by the parties concerned; Any family  violence  involving  the  child  or  a  member  of  the child’s family; Any family violence order applicable; The subparagraph    relevant    to  family  violence orders, subparagraph (k), directs that the court can take into  account the following  matters  arising  from  any  applicable  family  violence order: The  nature  of the order; The circumstances in which  the order was made; Any evidence admitted in proceedings for the order; Any findings made by the court in the relevant proceedings; Any  other relevant  matter.

Held: The evidence available from the father’s treating psychiatrist indicates that his  mental  health is  well-managed and  any symptoms suffered by him  are  in  remission.    Accordingly  there is  no  unacceptable  risk, arising  for the children from this aspect of the father. Given the two reports of Dr. D, the Court considers that both X and Y will benefit from extending their relationship with their father. Clearly  the  children  love   their  father  and  are  each  comfortable  in  his care. Hence, the court orders that the parents have equal shared parental responsibility.for the children, X and Y.