McQiu Lawyers is an international law firm whose dedicated team of legal professionals provide a diverse range of legal services.  With our head office based in Sydney, we have offices in both Haikou and Chengmai and work together with different law firms in Beijing, Sheng Zen and Liao Zhan.

My name is Gayle Li and I provide legal services primarily in the areas of Civil Litigation, Family Law, Wills and Estates and Commercial Law.  I am a mother, ex-wife, sister and daughter so as you can see, I am not just a lawyer. I came to this profession later in life having worked in the medical industry for over 15 years.  I do not have all the answers but what I do have is a strong dose of common sense, commercial reality and when it comes to family law, experience - both personal and professional.  If you are seeking a lawyer that is focused on resolving conflict rather than creating it and who will provide you with honest advice, please feel free to send me an inquiry.

If Mandarin, Cantonese or Hainanese is your preferred language, we have staff that can accommodate to this requirement.  Simply let us know at the time of making an appointment.

This is a parenting case where the primary issue at interim hearing was the choice of supervisor for the mother's time with the children in circumstances where the continued cost of professional supervision was not sustainable.

The three children of the relationship (aged 16, 11 and 8) live with their father and spend time with their mother on a supervised basis.  The arrangement however was not working due to, inter alia, a lack of commitment by the parents and the cost of the supervision.  The mother sought for her time with the children to be supervised by "Mr L" instead, beginning with Sundays from 9am to 5pm and then progressing to a fortnightly basis from 9am Saturday to 5pm Sunday.  The independent children's lawyer (ICL) supported this position.

The father proposed that the mother be granted no time but if time was to be given, then it is to be supervised by way of a professional supervisor.

Being an interim application, the Court was required to review authorities on the assessment of risk to children when dealing with interim matters. Unlike final hearings where the evidence can be tested, this is not possible when dealing with interim applications due to less time available.  The Court referred to some of the leading authorities about decision making in interim cases.

The Court made orders for the mother to spend time with the children to be supervised by Mr L.  In coming to this decision, Judge Altobelli included a number of paragraphs from his own decision in a matter called Insley & Insley [2018] FCCA 438, where he had previously discussed some of the authorities about decision making in interim cases:

In Goode & Goode [2006], the Full Court warned against making findings of fact where findings are not possible.  The Court did not rule out making findings of fact and, it must be remembered that findings can be made on the basis of uncontested matters or admissions.  To the extent, moreover, that findings may be differentiated from inferences, inferences may certainly be drawn from all of the material available before the Court.  [64]... [T]here have been later Full Court decisions that suggest in that, particularly in cases where there are allegations of family violence, a more nuanced approach is warranted.  For example, the Full Court in SS & AH [2010] FamCA 13... noted that sometimes judges will have little alternative but to weigh the probabilities of competing claims and the likely impact on children in the event that a controversial assertion is acted upon or rejected.  The Full Court stated that it is not always feasible when dealing with the immediate welfare of children simply to ignore an assertion because its accuracy has been put in issue.  Nonetheless, the Full Court warned, findings must be couched with circumspection.

[65] The Full Court in Marvel & Marvel (No.2), in referring to its earlier decision in SS&AH stated at [120] that decision-making in interim proceedings is difficult, and thus a conservative approach is warranted, or one which is likely to avoid harm to a child. [66] In Reece & Reece, the Full Court warned at [76] about the consequences of failing to have regard to expert evidence simply because it was untested in cross-examination...

[67] In Deiter & Deiter, the Full Court suggested that s60K (now s67ZBB) of the Act signalled a clear policy imperative of ensuring that allegations of family violence are treated seriously and dealt with expeditiously.  In an ideal world, these allegations could be dealt with at a discreet issues hearing, or an expedited final hearing.  In reality, in a registry of this court where almost all of the cases involve allegations of family violence, neglect, abuse, drugs or alcohol and mental health, neither a discreet issues hearing, nor expedition is possible.

[70] The Full Court in Enmore & Smoothe explained that a finding of risk of abuse may be reached on the basis of evidence which falls short of that required for a finding that abuse has occurred.  However, that is not to suggest that evidence aimed at establishing a possible risk of abuse should not be subject to careful scrutiny, since serious consequences can also flow from a finding that a child is at risk of abuse.  [71] In 2015, the Full Court in Eaby & Speelman [2015] FamCAFC 104 at [18] expressly stated that the comments of the Full Court at [68] in Goode did not mean that merely because the facts are in dispute the evidence on the topic must be disregarded and the case determined solely by reference to the agreed facts...

After analysis of the relevant authorities His Honour proceeded on the basis by ascertaining whether the risk of harm to the children could be addressed by supervision by Mr L or only by a professional supervised contact service.  With respect to the terms of supervised time, it was more a practical question.  The Court accepted the mother's case that continuing to pay for private professional supervision was not feasible.  Although it appreciated that private non-profession supervision as that to be offered by Mr L would mean that there would be no written report, the Court felt nonetheless that appropriate supervision could be carried out by Mr L.

This case demonstrates that although the Court cannot test the evidence at an interim hearing stage, it does not automatically mean that it cannot make a finding of fact.  It will however ultimately side on caution especially where there are competing versions that go to the question of risk to children.  The Court will then assess whether the risk of harm can be addressed by some other means.  In this case the Court deemed that the risk of harm could be addressed via the supervision by Mr L and it was not confined to making orders for supervision only by a professional supervisor. 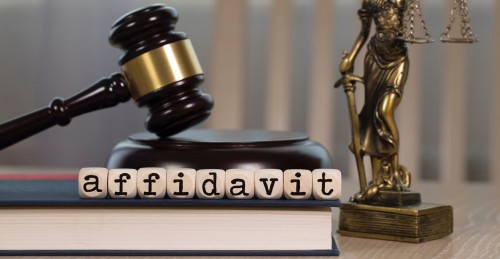 If you are a self-represented litigant, this service is designed to provide you with the guidance you need to draft your own written evidence.  Even if you feel that you have written an effective affidavit, it is always worth having it looked at by a solicitor before it is filed.  A solicitor can draw to your attention any possible defects with respect to compliance with the rules of evidence and provide useful feedback on the formatting and content of the document.  Whether you need help with the drafting itself or just settling the document,  this service is designed to work around your personal needs.

A Will is one of the most important documents we will ever make and yet so few of us actually have one.  For those who do have one, it is important to go back and make sure that it still represents what you would like to happen to your assets after you die.  If you have recently separated, married or started a family, creating a Will should be at the top of your list of things to do.

Whether it is a simple Will or one that includes testamentary trust mechanisms, we will help you to prepare your Will that accords with your wishes.

Don't leave it for other's to decide how your assets will be distributed. 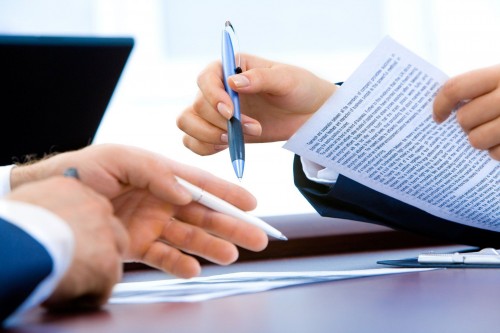 Setting the rules now on how assets are to be divided in the event your relationship breaks down ensures that you aren’t left having to start again.  A Binding Financial Agreement will give you peace of mind and potentially save you tens of thousands of dollars in legal costs in disputed property settlements.

We will work with you and provide real and personalised service to ensure that the Financial Agreement has been properly completed and will be enforceable at law. 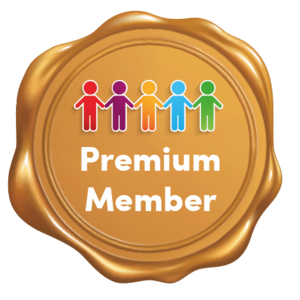 My Posts
Canfeld & Falkins [2020] FCCA 2570 (9 September 2020) This is a parenting case where the primary issue at interim hearing was the choice of supervisor for the mother's time with the children in circumstances where the continued cost...

My Products
Affidavit Help
A$750
Will & Testamentary Trusts
A$350
Pre-nups and Post-nups
A$2750
1 (One) hour initial consultation
Initial Consultation
A$350
Search
Are you sure?
Please, enter a value here