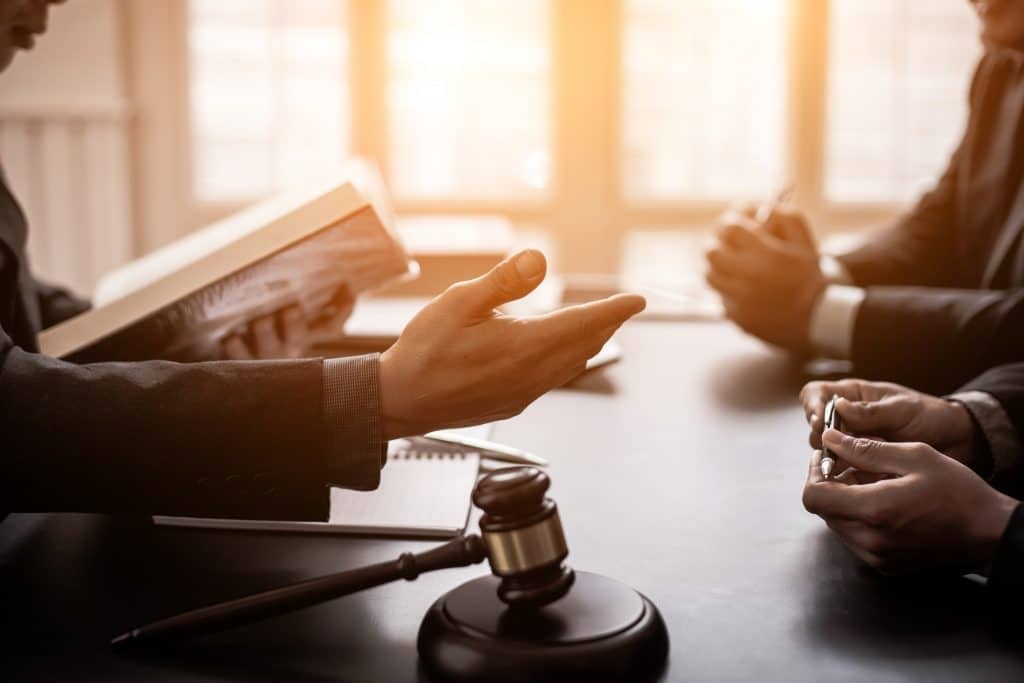 The wife filed an appeal from orders dismissing an application for summary dismissal.  Her application sought to summarily dismiss the husband’s claims.  The Court, in making its final orders, assessed whether the primary judge erred in not having regard to the relevant transcript.

The parties commenced cohabitation in 1988, were married in 1990 and separated in February 2017, albeit remaining under the one roof until December 2019.

Following an unsuccessful mediation conducted on 23 March 2020, the wife commenced property settlement proceedings on 15 May 2020.  Thereafter the parties continued to engage in settlement negotiations which, on 28 May 2020, resulted in them signing proposed property settlement consent orders, entering into a Binding Financial Agreement (“BFA”) and the husband signing a release.   The consent orders provided for the wife to pay the sum of $700,000 to the husband, and for a superannuation split of $205,000 from the wife to the husband, but otherwise each party would retain the assets held in their name or possession.

The BFA essentially provided for mutual releases in respect of claims for spousal maintenance.  On 29 May 2020, Loughnan J made orders (“the 2020 orders”) in accordance with the proposed consent orders signed by the parties, after hearing submissions from each party’s counsel and the tender of a joint balance sheet.

On 27 November 2020, the husband filed an Initiating Application (subsequently amended on 11 March 2021) seeking to set aside or vary the 2020 orders pursuant to s 79A of the Act and to set aside the BFA pursuant to s 90K(1) of the Act on a number of different bases.  On 22 January 2021, the wife filed an application seeking to summarily dismiss the husband’s Initiating Application, which was heard on 23 June 2021.  On 27 August 2021, the primary judge dismissed the wife’s application for summary dismissal.

Whether or not the primary judge erred in dismissing the wife's application for summary dismissal of the husband's application.

Family Law Act 1975 (Cth) s 79A - relied upon in holding that the materiality errors is clear, in that the transcript directly bears upon the arguability of the husband’s claims of the wife’s potential misleading of the Court, or non-disclosure, leading to a miscarriage of justice.

Succession Act 2006 (NSW) s 95 - provides that a release by a person of the person's rights to apply for a family provision order has effect only if it has been approved by the Court and to the extent that the approval has not been revoked by the Court.
Bennett and Bennett (1991) FLC 92-191; [1990] FamCA 148 - provides that the adequacy of the reasons will depend upon the circumstances of the case. But the reasons will, in my opinion, be inadequate if:(a) the appeal court is unable to ascertain the reasoning upon which the decision is based; (b) justice is not seen to have been done.
Boensch v Pascoe (2019) 268 CLR 593; [2019] HCA 49 - where it is not appropriate for the Court to consider the balance of the grounds which deal with the issue of whether the husband had an arguable case under either statutory provision.
Ebner & Pappas (2014) FLC 93-619; [2014] FamCAFC 229 - provides that leave to appeal the order dismissing the wife’s application for summary dismissal is required.
Medlow & Medlow (2016) FLC 93-692; [2016] FamCAFC 34 - provides that the test adopted in this Court provides that leave to appeal will only be granted where the decision of the primary judge was attended by sufficient doubt to warrant its reconsideration and a substantial injustice would ensue if leave were refused.
Northern Territory v Sangare (2019) 265 CLR 164; [2019] HCA 25 - where whilst that is likely so, it does not in this case tell significantly against an order for costs, as even impecuniosity is no bar to a costs order.

The primary judge discussed the balance sheet listing the parties’ assets and liabilities, including designer clothing owned by the wife, which had been before Loughnan J and, in particular, the difference in the values which each party contended should be attributed to that clothing; the husband contended a value of $1,162,000 whereas the wife contended a value of nil.

Her Honour noted the parties’ respective explanations for their contended values of the designer clothing as contained at note 2 to the balance sheet.  Her Honour considered the husband’s claim that at the time of the 2020 orders, the wife misled the Court as to the value of her designer clothing which, potentially, both caused a miscarriage of justice in the Court’s making of the consent orders and comprised fraud inducing him to enter into the BFA.   The husband claimed that because he had sold some of the wife’s clothing which he had retained under the 2020 orders, for about $28,000, it followed that the clothing retained by the wife could not have been of no value in 2020.

The primary judge recorded at [51] that her Honour “[did] not have the transcript of the proceedings before [Loughnan J] before [her] as the husband did not rely upon this transcript” and hence the only possible inference is that the primary judge therefore had no regard to it.  However, the wife’s counsel tendered the relevant transcript before her Honour without objection, and both counsel for the wife and husband thereafter made submissions on its contents.  Whilst the wife acknowledged that the usual approach adopted in such proceedings for summary dismissal required the Court to only have regard to the husband’s material, she argued that did not preclude the Court from having regard to other material which is properly before it, and her Honour seemed to accept this argument.

It was incumbent upon the primary judge to adequately expose the reasoning by which her Honour concluded that the evidence established sufficiently arguable claims under either s 79A or s 90K(1)(a), the latter being particularly fraught given that it was the husband who needed to show he was induced to enter the BFA by the wife’s fraud, given the finding at [95].  However there is no sufficient disclosure of the reasoning.

The Court allowed the appeal.  The orders of the primary judge made 27 August 2021 are set aside.  The matter is remitted for rehearing before a judge of the Federal Circuit and Family Court of Australia (Division 1) other than the primary judge.  Within 28 days of these orders, the husband is to pay the wife’s costs of the appeal in the sum of $38,342.90.