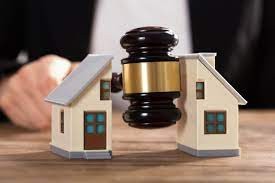 A suite of interim parenting and property orders were made by a judge of the Federal Circuit and Family Court of Australia (Division 2) on 2 December 2021.

Ms Bukari (“the mother”) on 8 February 2022 filed an application for summary dismissal of the appeal.

The Independent Children’s Lawyer filed a Submitting Notice on 28 January 2022.

The parties’ two children were born in 2004 and 2011.  The orders made, pending further orders, were that the younger child (“the child”) live with the father and spend time with his mother each Saturday from 11.00 am to 3.00 pm.

The father asserts that the learned judge erred and ignored the safety and wellbeing of the children and applied an incorrect principle of law.  The father variously asserted that the order is in breach of an Apprehended Violence Order (“AVO”); the orders compromise the safety of the child (as the father said the mother slaps him); the child does not want to see the mother and would suffer mental trauma if he did; and the father does not know the mother’s address.

During the course of his oral submissions the father said that he was not really opposed to the order that the child should spend time with his mother, although he gave every indication that it would not be complied with for various reasons.

The property orders provided that the [mother] and the [father], shall each on or before 7 days from the date hereof, do all things and sign all documents to cause the monies held on their behalf by [the real estate agents] to be paid into a controlled monies account opened by the [mother’s] solicitors in the joint name of the [mother] and the [father].  Once the controlled monies account is opened those funds, were supposedly for the payment of the fees of [Dr X] incurred in preparing her report and of the valuation fees incurred pursuant to orders 16 and 17.  The father asserted that the learned judge erred and made a finding of fact or facts on an important issue of financial money and sources of money to be used and ignored more pressing ongoing and current demands.

Whether or not in any appeal, would leave be granted to adduce this evidence to show error in the orders.

Family Law Act 1975 (Cth) ss 60CC(3)(k) - provides that the existence of an AVO does not prevent orders being made for a child to spend time with a parent, although the existence of such orders is a relevant consideration.
Federal Circuit and Family Court of Australia Act 2021 (Cth) s 46 - provides that the Federal Circuit and Family Court of Australia (Division 1) may give judgment for one party in a proceeding if it is satisfied that the other party has no reasonable prospect of successfully prosecuting the proceedings.
Federal Circuit and Family Court of Australia (Family Law) Rules 2021 (Cth) r 10.09(1)(d) - relied on by the wife, but there is some doubt as to its application to appeals as the rule refers specifically to applications and responses which are trial documents.
Bahonko v Sterjov (2008) 166 FCR 415; [2008] FCAFC 30 - where it was held that notwithstanding the obligation of an appeal court, where it is able to do so, to make its own evaluation of the material at first instance, it is a fundamental aspect of the appellate process that appeals are made available for the correction of error.
Ebner & Pappas (2014) FLC 93-619; [2014] FamCAFC 229 - provides that because s 31A(3) provides that certainty of failure (“hopeless” or “bound to fail”) need not be demonstrated in order to show that a plaintiff has no reasonable prospect of prosecuting an action, it is evident that s 31A is to be understood as requiring a different enquiry from that which had to be made under earlier procedural regimes.
General Steel Industries Inc v Commissioner for Railways (NSW) (1964) 112 CLR 125; [1964] HCA 69 - provides that the test for summary judgment under s 63 of the Civil Procedure Act 2010 is to be applied by reference to its own language and without paraphrase or comparison with the ‘hopeless’ or ‘bound to fail test’.
Lindon v Commonwealth (No 2) (1996) 136 ALR 251; [1996] HCA 14 - provides that the Court often does not have the benefit of the material before the primary judge or of considered submissions based on that material.
Marvel v Marvel (2010) 43 Fam LR 348; [2010] FamCAFC 101 - relied upon in holding that his Honour did not, and indeed could not, resolve this dispute at an interim hearing.
Medlow & Medlow (2016) FLC 93-692; [2016] FamCAFC 34 - provides that the test to be applied is whether the orders in question are attended by sufficient doubt as to warrant consideration and whether a substantial injustice would flow if leave was not granted, supposing the orders have been erroneously made.

The father’s assertions that the mother slapped the child in the face were disputed by the mother and therefore cannot be regarded as incontrovertible facts. The matters raised by the father therefore cannot be said to have been ignored.  They simply were not given the weight which he thought they should have carried.  It is not clear what AVO was in force and what its terms were. The father’s evidence was that he was restrained from approaching within 500 metres of the mother’s home or workplace.

The father could make arrangements for someone else to deliver the child or to agree with the mother about a neutral means of changeover.  The primary judge was aware of the AVO and took it into account.  As to the trauma that could be suffered by the child, there was only the father’s assertions to that effect.  The parenting orders made by the primary judge were quite unremarkable and cautiously provided for the child to recommence spending time with his mother pending the final hearing.

The father would not voluntarily pay for the expert reports, so that having resort to the funds in the account was the only means of ensuring that the reports would be available.  The father’s complaint is that the funds held by the real estate agents should be paid to the mortgagee and not be used to pay for the expert reports.  Thus, the point of the evidence, which was not before the primary judge, is to show error.  The evidence is likely to be controversial, in the sense that it is incomplete and there is likely to be a dispute as to why the mortgage has not been paid and whether, in any event given the pending final property hearing, one or both properties should be sold.

The evidence is unlikely, therefore, to be received on appeal but, if indeed there has been a relevant change in circumstances, an application could be made to vary the orders, as they are clearly interlocutory.

The Court dismissed the appeal.  The Application in an Appeal filed on 8 February 2022 is otherwise dismissed.  The father is to pay the mother’s costs fixed in the sum of $13,952.