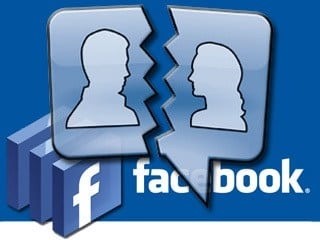 Can your Facebook posts be used against you as evidence in the Family Court?

ANYTHING you say or post on social media whether intentional, implied, and mistaken, including emails to the OP family may be used as evidence in Court.

In this challenging parenting case concerning the best interests of two young children, which comprises of competing applications for the children to live primarily with each parent, Facebook posts were referred to throughout by both parties who were regarded as ‘flawed personalities.’ The mother had posted such things on Facebook as “I don’t regret having my kids, but I regret having them with such a selfish b@#*&%d! “Who the f@#*k favourites kids?”

Additionally, the mothers new partner posted such things as “Listen here hero don’t be threatening me with guns!!! I have my licence too f@#*#t..!!! N good on u for 13yrs of kickboxing coz ur gonna need it I was brought up on the streets!!! Anytime any place anywhere.” It was subsequently established the mother’s partner’s behaviour was wholly consistent with the Facebook posts. The Judge affirmed that the mother’s partner is no stranger to violence.

The Judge remarked at [189] ‘the mother is plainly still a person lacking in self-control, the offensive nature of her stupid Facebook posts makes this clear.’ The mothers offensive Facebook posts highlighted to the Judge that her behaviour is childish for her age.

The Judge was concerned with the nature of Facebook posts from all involved, whilst the posts were not the determinative factor in this case, they significantly assisted the Judge in forming a view of the parties involved.

It was determined it was in the children’s best interest to live with father and spend time with mother as per recommendation by the report writer.

This matter was determined pursuant to s.60CC of the Family Law Act.

The children have lived mainly with the father as their primary carer all their lives, except for the instances when the mother has over held the younger child. Both parents have ‘flawed personalities’ however they both love their children.