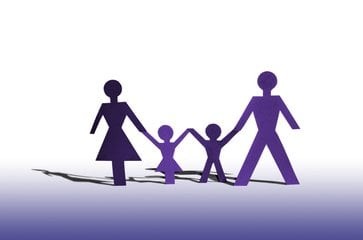 The Magistrate made orders providing for the appellant to return the child to Western Australia and for the parties to have equal shared parental responsibility.

The appellant opposes the return of the child from Victoria to Western Australia.

The appellant asserts that before his Honour made the order he did he did not make a finding that a substantial and significant time arrangement was reasonably practicable as he was obliged to do.  The Court, in deciding whether or not the appeal should be allowed, assessed the merits of the grounds interposed by the appellant.

Whether or not the primary judge erred in making its parenting orders.

Federal Circuit and Family Court of Australia Act 2021 (Cth) s 36(1)(c) - permits the Court to place conditions on the remitter of a matter after a successful appeal.

Federal Proceedings (Costs) Act 1981 (Cth) s 6, s 8, s 9 - provides the costs certificates appropriate for the Attorney-General to authorise payment to the parties.
Agambar & Agambar [2021] FedCFamC1A 1 - relied upon by the Court in rejecting some of the wife’s reasons for relocating, that outcome is not precluded merely because those reasons were unchallenged.
Barone & Barone [2012] FamCAFC 108 - where there does not need to be a separate section of the judgment addressing reasonable practicability, but the reasons for judgment need to reveal, expressly or even impliedly, that that question has been considered via reference to the matters identified in s 65DAA(5) of the Act as a separate question to the issue of best interests, and an affirmative answer given.
DL v The Queen (2018) 266 CLR 1; [2018] HCA 26 - provides that his Honour is neither obliged to accept those assertions, nor to deal with each of them in his reasons for judgment.
Edwards v Noble (1971) 125 CLR 296; [1971] HCA 54 - provides that insofar as his Honour’s finding can be considered a finding of fact, that finding was reasonably open on the evidence, and no complaint can be made that his Honour erred in making that finding.
Goode and Goode (2006) FLC 93-286; [2006] FamCA 1346 - the Court needs to “fashion” appropriate orders, and that a partial remitter would take away “the essence” of being able to weigh the facts in accordance with the principles herein.
Hamish & Brighton [2014] FamCAFC 242 - provides that it was not open to his Honour to conflate the issues of “best interests” and “reasonable practicability.
Kopel & Ferro (2016) FLC 93-741; [2016] FamCAFC 202 - provides that the Court has the power to place conditions on the remitter of a matter after a successful appeal.
MRR v GR (2010) 240 CLR 461; [2010] HCA 4 - where the High Court said that each of sub-ss (1)(b) and (2)(d) of s 65DAA require the Court to consider whether it is reasonably practicable for the child to spend equal time or substantial and significant time with each of the parents.

As the first ground of her appeal, the wife asserts that before his Honour made the order he did he did not make a finding that a substantial and significant time arrangement was reasonably practicable as he was obliged to do.  The wife deposed matters as to her previous difficulties in finding suitable employment in Western Australia, the termination of her employment in Victoria if the child was ordered to return to [Western Australia], the need to find suitable accommodation in Western Australia, the need to break the lease of her accommodation in [Victoria], and her financial circumstances generally.  While his Honour included the affidavit of the wife in the list of documents he took into account, nowhere in his Honour’s reasons is there a specific consideration of whether the child spending substantial and significant time with each of the parties in Western Australia, is reasonably practicable.

There is no doubt that his Honour considered that the child spending substantial and significant time with each of the parties in Western Australia would be in the best interests of the child, and that finding is not challenged in this appeal, but that is only one of two questions that needs to be asked.  His Honour did consider and make findings that would be necessary if he was considering reasonable practicability, but it is not apparent that those findings were made in the context of a consideration of that issue.