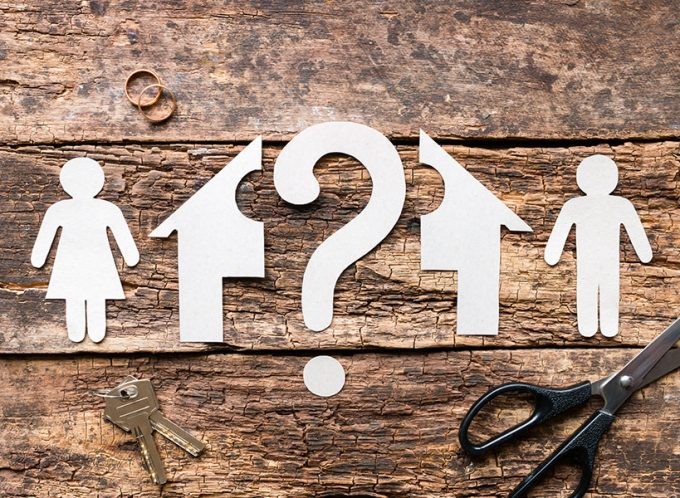 The primary judge made property settlement orders splitting the appellant’s mothers pension so that the respondent was entitled to be paid 50 per cent of each splittable payment is appealed.  The appellant mother appeals from the order splitting the appellant’s pension through challenges to contribution findings and form of order and claiming inadequacy of the reasons.  The Court, in making its orders, considered the legislative pathway and where to attribute weight.

The parties married in 2002 and separated in 2012 but remained living under the one roof until October 2018.  They have two children.  The appellant mother purchased a house at Suburb E in 1996.  At the time of the marriage it was worth approximately $900,000 with a mortgage of $40,000.  At the time of the hearing it was worth $2.6 million and was the only substantial non-superannuation property available for division.

The primary judge noted that the appellant mother was not entitled to receive the pension until she turned 55 years of age in 2026, at which time she would be entitled to receive a pension at 45 per cent of the then salary.  It was decided that the pension could not properly be included as property in a lump sum and accordingly decided to deal with the superannuation and pension interests separately from the other property.

The non-superannuation assets had a value of $2,026,267.  The primary judge determined that the parties’ contributions to that property favoured the appellant mother as to 70 per cent and the respondent 30 per cent.  After considering the matters raised by s 79(4) of the Family Law Act 1975 (Cth) (“the Act”), an adjustment of 10 per cent in favour of the appellant mother was considered appropriate.  Some collateral attacks were made regarding the decision to award 80 per cent of the non-superannuation property to the appellant.

Her Honour determined that each party should retain his or her superannuation entitlements.  Orders were provided for the pension to be equally split by the parties.  Order 18(c) of the property settlement orders by the primary judge which splits the appellant’s pension so that the respondent was entitled to be paid 50 per cent of each splittable payment is appealed.

Whether or not the primary judge erred in making its orders.

Family Law Act 1975 (Cth) ss 75, 79 - provides that in property settlement proceedings, the court may make such order as it considers appropriate:

(b)  in the case of proceedings with respect to the vested bankruptcy property in relation to a bankrupt party to the marriage--altering the interests of the bankruptcy trustee in the vested bankruptcy property.
Family Law Act 1975 (Cth) s 90XT - provides that a court, in accordance with section 90XS, may make orders in relation to a superannuation interest (other than an unsplittable interest).
Family Law (Superannuation) Regulations 2001 (Cth) - pursuant to which, the valuation of superannuation interest is provided.
Bennett and Bennett (1991) FLC 92-191; [1990] FamCA 148 - where the reasoning explains how the conclusions and the findings on which they were based were derived and accordingly, the reasons are adequate.
Coghlan and Coghlan (2005) FLC 93-220; [2005] FamCA 429 - where the majority of the Full Court said that when “considering what order should be made with respect to the property of the parties (and/or any superannuation interests)” the court must take into account the matters raised by s 79(4) in the Act.
De Winter and De Winter (1979) FLC 90-605 - where an error was contended to the extent that it is an error no material consequence was said to flow from it.
Dickons v Dickons (2012) 50 Fam LR 244; [2012] FamCAFC 154 - relied upon in holding that had her Honour weighed particular contributions, such as the appellant’s contributions whilst an elected official against all of the other contributions of the parties’, that would have been an error.
Kennon v Kennon (1997) FLC 92-757; [1997] FamCA 27 - relied upon in holding that the challenge is too slender a basis on which to make an adjustment.

The first submission of the appellant was that the primary judge was obliged to follow the course set out in Coghlan and Coghlan [2005] FamCA 429; (2005) FLC 93-220 (“Coghlan”) at [48], the court must take into account the matters raised by s 79(4) in the Act.  The considerations arising from s 75(2) of the Act had the outcome being that there should be a further adjustment to the appellant of 10 per cent.  The adjustment was to be in relation to the non-superannuation assets only and not to the superannuation interests or pension.  The primary judge has acted entirely in accordance with s 79(4),

The appellant contends that the primary judge erred by splitting the pension by a percentage rather than as a reference to a base amount.  The trustees of Super Fund 1 indicated a preference for the former order over the latter, but the primary judge was not obliged to follow their preference.   Whilst splitting by a base amount obviously requires a valuation in accordance with the Regulations, the primary judge's discussion is a sufficient valuation for the purposes of a percentage order and s 90XT(2)(b) of the Act.