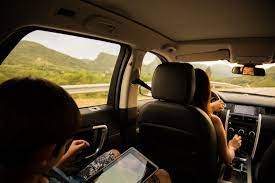 The parties are parents to eight year old twins. Both parents have re-partnered and have other children.  The mother seeks for the twins to live with her in City B.  She alleges that the father stalks her on Facebook.  The father, on the other hand, alleges that the mother is in contact with his present partner's ex on Facebook despite the intervention order against the latter.

Y and X, who are 8-year old twins, have lived in their father’s primary care in City C since December 2019.  The parties separated in August 2015.  From that time until December 2019, the twins lived in the mother’s primary care and spent alternate weekends with the father.  The mother unilaterally relocated with the twins to City B from City C in breach of final parenting orders made on 8 September 2016.

Interim orders were made requiring the twins to return to City C and be placed in the care of the father pending trial but mother remained in City B with her other children.  The mother seeks orders that the children live with her in City B as she is their primary carer and it is in their best interests to live with her.  The father says the children should remain living with him in City C because the children are well settled living with him in City C.  Both parents have re-partnered and have children from other relationships.

The mother commenced proceedings in the Magistrate’s Court of Victoria in November 2015 which was later transferred to the Federal Circuit Court of Australia.  On 8 September 2016, the parties entered into consent orders which provided for the parents to exercise equal shared parental responsibility, the children to live with the mother and to spend alternate weekends with the father.  The mother claims that the father is always watching her on Facebook, having people follow her and everyone watching what she does.  The father expressed concern that the mother was making contact with his present partner Ms H's former partner, Mr N, by befriending him on Facebook despite him having spent time in jail for the violence he committed against Ms H and M, his child with Ms H.

Family Law Act 1975 (Cth), ss, 60CA  61DA(1)-(4),  65DAA(1)-(2) - sets out the principles governing the Court’s determination in this matter such as the best interests of the child and the latter's meaningful relationship with his or her parents.

Family Law Act 1975 (Cth) s 60B(1) - sets out objects which help clarify what Part VII aims to achieve when it talks about best interests.

Family Law Act 1975 (Cth) s  61DA(1)-(4) - provides that when making a parenting order, the Court must apply a presumption that it is in the best interests of the children for their parents to have equal shared parental responsibility. The presumption does not apply if there are reasonable grounds to believe that a parent has engaged in abuse of the children or family violence.

AMS & AIF (1999) 24 Fam LR 756 - His Honour Justice Kirby said that a statutory instruction to treat the welfare or best interests of the child as the paramount consideration does not oblige a court, making the decision, to ignore the legitimate interests and desires of the parents.

Mazorski & Albright [2007] FamCA 520; (2007) 37 Fam LR 518 - considered the concept of a meaningful relationship.
MRR v GR [2010] 240 CLR 461 - the High Court found that s.65DAA(1) requires a Court to consider both whether the best interests of a child are served by an order for equal time and that it is reasonably practicable for children to spend equal time.
Taylor & Barker [2007] Fam CA 1236; (2007) 37 Fam LR 461 - provided that when dealing with a case concerning the future living arrangements for a child, and involving a significant change in the geographical place where the child is to live, the preferred approach according to established principal has been not to deal with that change, or relocation, as a separate or discrete issue, but rather as just one of the proposals for the child’s future living arrangements, as least in so far as that approach is possible.

The mother failed to provide evidence of the father having people physically following her.  The references in the father's affidavit were relied upon with respect to him watching her on Facebook.  However, the father's Counsel that someone who annexes items from Facebook for the purpose of showing them in litigation is not an example of emotional abuse, but of gathering evidence for the Court case.  The mother claimed that it was Mr N who befriended her and that she did not message him.  She claims she did not know there was an intervention order and did not know that he had spent time in prison.

However, the father's lawyers have shown a screenshot of the mother and N being Facebook friends.  The mother's evidence was inconsistent as she claims to be fearful of the father stalking her on Facebook but also claims that she does not take Facebook seriously. The mother's previous unilateral relocation is relevant is assessing the mother’s attitude towards her role and responsibilities of parenthood and her attitude towards the father.

The Court ordered that the final Orders made 8 September 2016 and all interim Orders made thereafter be discharged.  The Children are to live with the father.  The parties are restrained by way of injunction from moving the children’s residences to greater than 20 kilometres from their current residence, if doing so would increase the children’s and parties’ travel time required to comply with these orders.