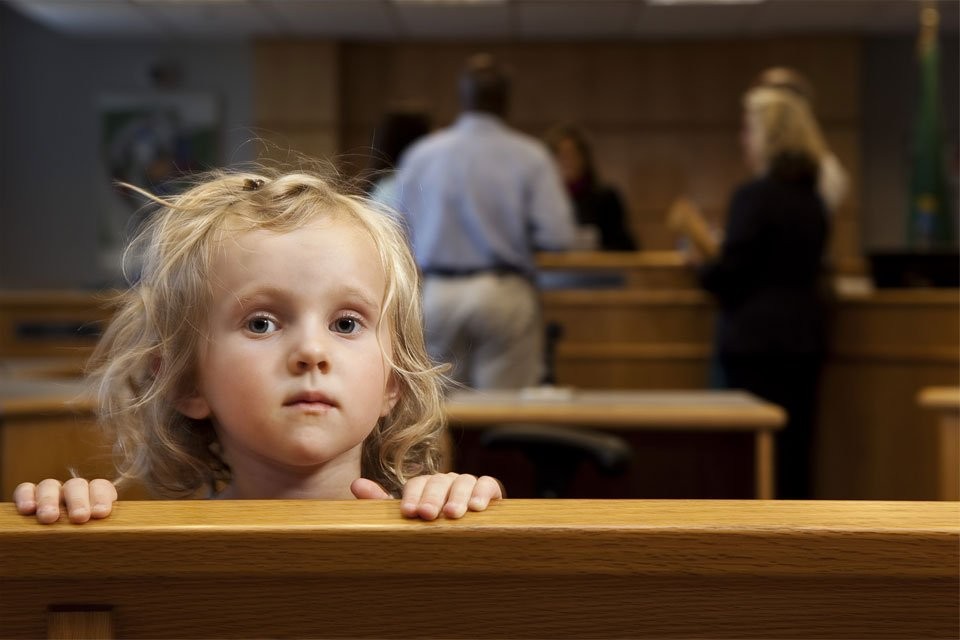 The respondent mother was driving with her children when she lost control of the car and crashed.  The parties are in dispute over who shall be the litigation guardian for their children.  The primary judge vested within a solicitor parental responsibility for the children for the limited purpose of instructing lawyers to act on their behalf in their tort claims against the mother.  The father asserts that the primary judge erred at law.  The Court, in determining whether or not the father is correct, assessed the evidence adduced by the parties.

In March 2019, within weeks of the parents’ separation, the respondent mother lost control of the car she was driving in Queensland and crashed.  The parents’ three children were passengers.  Tragically, one child was killed and the other two were injured.  As minors, the children lack legal capacity to prosecute their own claims and, unless their claims are resolved by mandatory pre-action mediation, a litigation guardian must be appointed to pursue remedies for them by suit under Queensland motor accident compensation legislation.

The parents were unable to agree upon who should pursue remedies for the children and fulfill the role of their litigation guardian.  The parents conducted the proceedings before the primary judge mutually accepting that the mother is disqualified from acting as the children’s litigation guardian.  The mother sought the direct appointment of Mr B as the children’s litigation guardian in the tort proceedings, but no such order was made.  The mother wanted her nominee, Mr B, vested with parental responsibility for the children for the limited purpose of him instructing lawyers to act on their behalf in the tort claims, whereas the father wanted exclusive parental responsibility for exactly the same limited purpose.

Whether or not the primary judge erred in vesting a solicitor with parental responsibility for the children for the limited purpose of instructing lawyers to act on their behalf in their tort claims against the mother.

Family Law Act 1975 (Cth)  - expressly envisages that parental responsibility can be vested in adults other than the child’s parents.

Motor Accident Insurance Act 1994 (Qld) ss 44, 52, 53 - provides that the mother and her compulsory insurer must be jointly sued as the defendants.
Uniform Civil Procedure Rules 1999 (Qld) rr 93, 94, 95 - provides that the litigation guardian need not be a solicitor, but is only able to act through a solicitor.
DL v The Queen(2018) 266 CLR 1; [2018] HCA 26 - where the primary judge’s reasons did not need to deal with every piece of evidence or every argument raised.
Edwards v Noble(1971) 125 CLR 296; [1971] HCA 54 - where it was held that an appellate court should not interfere with a finding of fact if there was evidence on which that finding could be made, thereby leaving it reasonably open on the evidence.
Ellis v Wallsend District Hospital (1989) 17 NSWLR 553 - where the rejection of the father’s evidence was precluded not merely because it was unchallenged.
Lovell v Lovell (1950) 81 CLR 513; [1950] HCA 52 - where the emails of the father tended to show how his grievance is really no more than one about the differential weight attributed to different parts of the evidence, which is a difficult challenge to make good in an appeal from a discretionary judgment.
Maldera v Orbel (2014) FLC 93-602; [2014] FamCAFC 135 - established that there is no presumption in favour of parents over non-parents in the determination of proper orders to resolve parenting disputes, including by orders allocating parental responsibility.
Vallans v Vallans(2019) 60 Fam LR 193; [2019] FamCAFC 260 - where it held that the Act is formulated to emphasise, on the one hand, children’s rights, but on the other hand, parents’ duties, obligations and responsibilities.
VR & RR(2002) FLC 93-099; [2002] FamCA 320 - underscored the general disinclination of courts to interfere with parents’ parental responsibility for their children.
Warren v Coombes(1978) 142 CLR 531; [1979] HCA 9 - provided that the inferences drawn by the primary judge must have been wrong before the appellate court has the right to intercede and the duty to decide the question for itself.

Contrary to the father’s apparent expectation, his authority over the children is not inalienable.  The parental responsibility for them with which he was originally imbued by law was removed and replaced with his equal shared parental responsibility under the consent orders made in December 2019.  Since the primary judge appreciated the gravamen of the decision he was invited to make and nevertheless decided to invest Mr B with the discrete portion of parental responsibility which was in dispute, the father’s complaint was all but exhausted because he was unable to contend the law necessarily precluded his Honour from giving the confined aspect of parental responsibility to Mr B instead of him.  The father asserted that he had already appointed a competent lawyer in Mr Lipke to minister the children’s claims; any settlement of the children’s claims would need the supervisory approval from the Supreme Court of Queensland and not be a decision left entirely to him; the children’s representation by Mr B would come at a cost, whereas he would give his time freely; and Mr B would be prohibited from conferring with the mother.

However, Mr Lipke’s competence and integrity was not the subject of any challenge, but the father retained him to act without consulting the mother, apparently ignoring the order allocating the parents with equal shared parental responsibility.  Mr B also intends to retain a competent personal injury lawyer to act for the children, but the lawyer he chooses will be bound by Mr B’s instructions and, unlike the father’s instructions to Mr Lipke, Mr B will formulate his instructions by taking account of the views expressed by both parents.