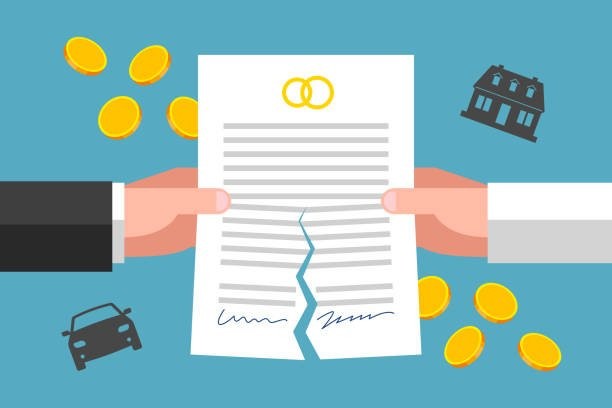 A financial agreement finalizing the property matters of the parties after the end of their relationship provided for the father to transfer his interest in B Street, Suburb C to the mother and for the mother to assume liability for the mortgage.  The father asserts that he signed the agreement only because of duress, unconscionable conduct and undue influence of the mother.  The Court, in exercising its discretion, assessed whether or not the father would suffer hardship if the agreement was not set aside.

The parties commenced living together in 2008 in a property in Suburb D which was owned by the mother.  That property was sold in October 2012 and the mother received net about $150,000.00.

The parties then purchased B Street, Suburb C in joint names.  The proceeds of the sale of Suburb D were used toward the purchase and the parties also took out a loan which was secured over the home by mortgage.

They separated on 24 August 2019 and there was no dispute that they were in a de facto relationship between 2008 and 2019.  On 9 April 2020, the parties signed a financial agreement finalising their property matters following the end of their eleven year de facto relationship.  The agreement provided for the father to transfer his interest in B Street, Suburb C to the mother and for the mother to assume liability for the mortgage.  The parties were to otherwise retain the assets and superannuation in their possession.

The parties signed a Parenting Plan which provided for their children X and Y to live in a 50/50 shared care arrangement.  On 15 July 2020 X commenced living with the father and on 10 August 2020 he retained Y in his care.  On 13 August 2020 the father filed an application seeking orders that the children live with him and that he have sole parental responsibility for them.  On a final basis, he proposed that they spend time with the mother provided that they were not at risk of harm in her care.

Interim orders were made for the net proceeds of sale of B Street, Suburb C to be held in trust pending resolution of the property dispute. The children were ordered to live with the father and spend supervised time with the mother.

Whether or not the financial agreement should be set aside.

Family Law Act 1975 (Cth) ss 90UD, 90UM - provides for the kind of change of circumstances that would warrant for the Court's reversal of an order.

Daily & Daily [2020] FamCAFC 304 - a case involving an application to set aside a financial agreement on the basis of a material change of circumstances.

Scott & Scott (No.3) [2019] FamCA 936 - where it was held that application of the doctrine of undue influence to the evidence is not an exercise of mathematical precision; questions of degree are involved.

Whitford & Whitford (1979) FLC90-612 - where it was held that the requirement, that the Court must be satisfied that hardship would be caused if leave were not granted, implies that it must be made to appear to the Court that the applicant would probably succeed, if the substantive application were heard on the merits.

The father submitted that he had signed the agreement under duress or as a result of undue influence exerted by the mother.  Furthermore, he asserts that there had been a material change of circumstance and that as a result of the change, the child, or the father, would suffer hardship if the court did not set the agreement aside.  When the agreement was signed the children were living in a shared care arrangement.  That ceased for X in July 2020 and for Y in August 2020. Since then the children have lived with the father. Until December 2020 they spent only supervised time with the mother.

The Court concluded that there is a significant change of circumstances. The father has established hardship, and it is not through any fault of his that there was a substantial change in the care arrangements for the children only a very short time after the agreement was signed. The Court ordered to set aside the Financial Agreement dated 9 April 2020. The matter remains adjourned to 9:30am on 27 August 2021 for further consideration.