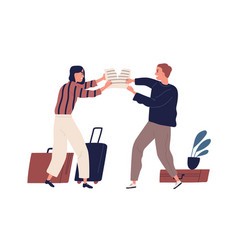 This is a property case, specifically, an Application for enforcement of Orders where both parties seek to be appointed as sole trustee for the sale of the property.

On 23 October 2020 Orders (“the said Orders”) were made in respect of the property dispute between the parties. On or about 5 February 2021, the wife Ms Hillman filed an Application for Orders pursuant to S.105  of the Family Law Act 1975  (Cth) (“the Act”) to give effect to Order 3 made 23 October 2020. By Response, the unrepresented husband Mr Hillman, seeks to also enforce the Order but in a different way.

Order 3 stated that in default of the compliance with the first two orders (which is to: (1) pay the wife the sum of $160,000 and (2) discharge the mortgage over the property thereby extinguishing the wife’s liability),  the parties will do all acts and sign all documents necessary to procure the sale of the property.

The intent of the said Orders so far as the former matrimonial home at UU Street, Suburb VV (“the Suburb VV property”) jointly owned by the parties is concerned, was that the husband has an opportunity to retain ownership provided he: (a) paid the wife the sum of $160,000 by 22 January 2021; and (2) discharged the mortgage over the Suburb VV property by 22 January 202!  thereby “extinguishing the wife’s liability”.

The husband says, although he is confident he can sell the Suburb VV property and as a consequence is able to then discharge the current mortgage, difficulties with listing the property and conducting any negotiations with the wife and/or her solicitors create problems.

Who should be the sole trustee over the property?

In the ultimate analysis, the court does not, at this stage, propose to give either party the sole “control” of the sale process as each seeks through their application to be appointed as “the trustee”. However, Orders made 23 October 2020 have, relevantly been substantially performed with the husband having paid to the wife the sum of $160,000 under Order 1(a).  As a result, the husband has greater risks now in respect of the sale, particularly:

(a) he resides in the property with his mother and one of the children of the marriage;

(b) he says he has allegedly incurred further expenses on maintenance and improvements; and

(c) he is the party who is most affected by the delay because of the continued increase in the mortgage debt which he will need to discharge on a settlement.

The power to enforce under S.105  of the Act is a discretionary power, the need to sell the property is no longer in dispute.

Conclusion: Court orders that Order 3(b) be varied to make it clear that the Suburb VV property shall be listed for sale by private treaty with a registered real estate agent chosen by the husband.