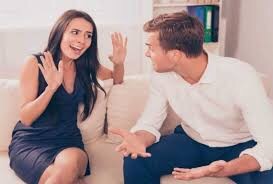 This is an application for property adjustment under s.79 of the Family Law Act 1975. The application was filed by the husband. The wife has not participated in the proceedings at all.

Issue: Should the court grant the 50-50 split of parties’ assets?

In the absence of any evidence to the contrary, the court accepts the husband’s claims in regard to contributions, save that, on his own account, the wife has been the sole carer of the parties’ child post-separation. That is a significant contribution.

In the court’s view, on the information as it is presently known, it is just and equitable to make orders substantially in the terms that the husband now seeks, being a 50:50 split of the known asset pool.

The court will also include the usual notation under r.16.05(2)(a) of the Federal Circuit Court Rules 2001, which provides that the court may vary or set aside a judgment or order made in the absence of a party, so that if, by some mischance, the wife was not in fact aware of these proceedings, she will have the opportunity to seek to set aside the orders.

Conclusion: The asset of the husband and wife must be equally (50-50) divided among them.