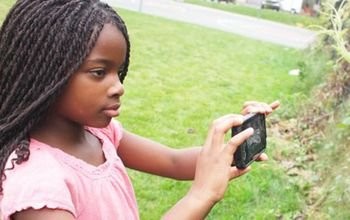 MOTHER SEEKS INADMISSIBILITY OF VIDEO RECORDING PRESENTED BY THE FATHER

The parenting arrangements for X are the subject of dispute, with urgent proceedings having been commenced by the mother.

On 27 June 2020, when the mother alleges that the father attended her residence and “kidnaped” X. In particular the mother asserts: (1) The father attended the home in the presence of his 14 year old child B and a friend called Mr K and (2) The father made threats to kill the mother, and physically assaulted her, including pulling her hair and placing his hand over her mouth so that she had difficulty breathing.

Is the video recording taken during the altercation admissible as evidence in a parenting proceeding?

From the mother’s perspective, an acknowledgement was made that the recording has probative value given it was a recording of an altercation between the parents in the presence of the child and resulting in not only the mother facing charges of aggravated assault but also an intervention order.

The mother however asserts effectively that the probative value is outweighed because it is only a partial recording of the incident and the father is not on oath as to the motivations for the recording; which the court would have to assume fits within subsection (a) and (b) of s135 of the Evidence Act.

Again however, the court has difficulty with this submission in circumstances where: 1. The mother has not made any enquiries as to whether additional recordings exist from that day; 2. The mother is not on oath as to those matters that she asserts the recording does not include and it is not clear to me because the court has not seen the recording what portion of the incident is contained in the recording.

Conclusion: That the oral application by the mother to exclude the video recording taken on 27 June 2020 be dismissed.