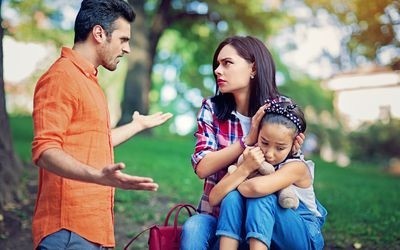 CHILD REFUSES TO SPEND MORE TIME WITH HIS FATHER

The Court ordered that child X’s time with his father be gradually increased which was in addition to the time earlier agreed upon by the parties. It was the mother’s position that that X was suffering emotional stress as a consequence of the agreed parenting regime.

She has deposed that the increase from one overnight per fortnight to four nights per fortnight is too dramatic for X.  It is her evidence that X is currently displaying unsettled behavior, which she associates with his current level of interaction with his father.

It was the Doctor’s opinion that X is suffering some level of emotional dysregulation as a consequence of being separated from his mother, given the undisputed evidence is that she has been his primary provider of care up to this stage.

(i) Either of his or her parents; or

(ii) any other child, or other person (including any grandparent or other relative of the child), with whom he or she has been living;

(g) the maturity, sex, lifestyle and background (including lifestyle, culture and traditions) of the child and of either of the child’s parents, and any other characteristics of the child that the court thinks are relevant;

The central issue at this stage, should be on the likely effects of any change in X’s circumstances [section 60CC (3)(d)] at this stage given his tender years [section 60CC(3)(g)] and given his probable emotional susceptibility, as identified by Dr. B, to being separated from his mother, whether this be because he was subject to too early a separation from her or because of the mother’s over intense emotional interaction with him.

In these circumstances, the court not consider that it would be in X’s best interests to change the current arrangements, which, although not ideal from the father’s perspective, do enable him to maintain a meaningful level of relationship with X.

Conclusion: Hence, the current parenting arrangement will not be changed. X’s time with the father will not be increased.