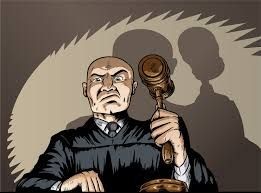 JUDGE BULLIES LAWYERS DURING HEARING AMOUNTING TO AN UNFAIR TRIAL

This is an appeal of a judge’s order in a family law case. One of the parties is accusing the judge of bullying and for abusing his judicial position. He alleges that the judge’s excessive judicial intervention prevented him from getting a fair trial.

Facts: Judge Andrew of the Federal Circuit Court made parenting and property settlement orders in proceedings between Ms. Sowle (“the mother”) and Mr. Adacot (“the father”). The father appealed the order alleging that the judge’s conduct towards the father’s legal representatives in the trial gave rise to an apprehension of bias and robbed the processings of any semblance of fairness. It was contended that during the trial, which lasted for three days, the judge was critical, dismissive, sarcastic and rude to the father’s Queen’s counsel and solicitor.

Issue: Is there excessive judicial intervention amounting to an unfair trial? Did Judge Andrew bully the solicitors? Did he abuse his judicial position?

Law: Everyone is entitled to a fair trial. The test to be applied is whether the excessive judicial questioning or pejorative comments have created a real danger that the trial was unfair. If so, the judgment must be set aside.

Held: The nature, intensity, frequency and content of Honour ’s interruptions, criticisms and ad hominem attacks on Queen’s Counsel for the father drive the conclusion that the fair-minded observer might apprehend that the primary judge might not bring an impartial mind to the determination of the issues as they impacted the father’s case. The court concludes that the primary judge, by his conduct, squarely raised an apprehension of bias and failed to afford the father a fair trial. Hence, the court allowed the appeal and remitted the proceedings to the Federal Circuit Court for a rehearing by a judge other than Judge Andrew.