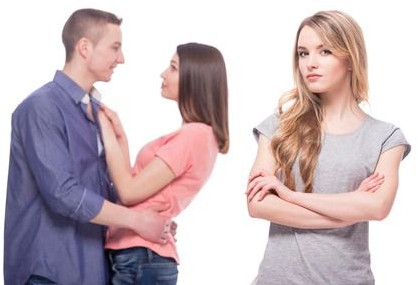 This is a case involving property settlement between two women and one man. The man is accused of failing to make financial disclosure, of concealing his  assets, and of falsification of bank records. The man and one of the women is also thought to be still together despite claiming that they are already separated.

The properties involved in this case is the $1,500,000 worth of shares held by Q Pty Ltd in W Pty Ltd and the sum of $225,200 held in trust by Ms. Lasko’s solicitors. Ms. Lasko wants it to be transferred to her entirely, meanwhile, both Ms. Thompson and Mr. Sutton wants it to be sold and be divided equally between Ms. Lasko and Ms. Thompson.

ISSUE: How should the property be divided? Did Mr. Sutton give the correct estimate of his financial assets? Are Mr. Sutton and Ms. Thompson still together?

LAW: The preferred four-step process in property matters under the Family Law Act 1975 which was identified by the Full Court in Hickey & Hickey & Attorney-General for the Commonwealth of Australia (Intervener) (2003) FLC 93-143.This approach was approved in the High Court decision of Stanford & Stanford (2012) HCA 52. It requires the Court to do the following:

The Full Court in Chang v. Su [2002] FamCa 156 stated the  Court should not be ‘unduly cautious’ about making findings  in  favour  of  the  innocent  party  and in  circumstances  where there has  not been full and frank  disclosure of financial circumstances by   a   party,  it  is   open  to   a  Court  to  find  that   an  indeterminate undisclosed amount is  held  by one of the parties and to  make  property orders  without  reference  to  the  overall   pool.

Given the serious discrepancies in the evidence given by Mr. Sutton and Ms. Thompson as to the conclusion of their relationship and the fact that their business interests are so closely intertwined, it is concluded that they are still in a relationship. Ms. Thompson will benefit from the nondisclosure of Mr. Sutton’s assets and the alleged separation is designed to undermine the claims of Ms. Lasko. And because they are still married, it will not be appropriate for there to be a property division in her favour and no separation of property is required between them.

Due to the fact that Mr. Sutton has deliberately failed to make full and frank disclosure of his financial circumstances and has put Ms. Lasko to a substantial expense in seeking to either ascertain the relevant assets or to restrain Mr. Sutton from disposing of them, the case of Chang v Su is applied in favour of Ms. Lasko. The Court also notes that Ms. Lasko and her two young children with Mr. Sutton has significant future needs. M. Lasko is working as a customer service office and only receives a modest income. She has to provide for the needs of herself and her children on her own. And despite the large sums of money passing through Mr. Sutton’s hands, he does not provide financial support for his two young children with Ms. Lasko. Mr. Sutton is ordered to transfer the entirety of the shareholdings of Q Pty Ltd in W Pty Ltd  to Ms. Lasko and the funds held in trust by Ms. Lasko’s solicitors are ordered paid to Ms. Lasko as partial satisfaction of a cost order. These are the only available assets.