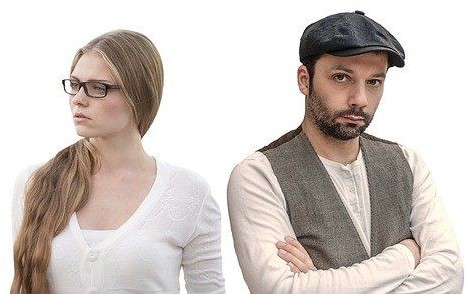 In this case, the father appealed the interim orders concerning the parties’ two children.  The mother, in response, filed sought for Costs Orders for the costs of the appeal and the application for costs.

In 21 January 2015, a judge of the Federal Circuit Court of Australia in Canberra made orders, which provided for the children to relocate with Ms. Hansford (mother and respondent) to Adelaide; and in the event that the father also moved to Adelaide, which he did, the children were to spend equal time with each of the parents.

In November 2018, the younger child, due to return to the care of the father, remained living with the mother.  In December 2018, the elder child refused to spend time with the father because of an injury.[1] The father then sought a recovery order in relation to both children, which was responded with the mother’s Initiating Application that sought to vary the interim parenting orders, so the children spent less time with the father.  An order was made that on 21 May 2019, the parties should be in a position to make submissions as to whether it was in the best interests of the children for the parenting orders made on 21 January 2015 to be reconsidered.   The primary judge also made the order that pending further order, the children spend only each alternate weekend with the father. The order specified four dates leading up to 21 May 2019 as the dates when that time should commence. The children were also to spend one week of the school holidays in April 2019 with the father.  The father appealed against the orders, while the mother sought an order that the father pays her costs of the appeal and the application for costs.

Should the father be made to bear the mother’s costs?

Yes.  Each party shall bear his or her own costs.[2]   If there are circumstances that justify it doing so, the Court may make such an order as it considers just. [3]

In this case, the Court gave regard to Sect 117(2A) (a), (e), and (f) in determining whether an order for costs should be made.  First, consideration is the financial circumstances of each of the parties.[4]  Second, consideration is that the appeal was wholly unsuccessful.[5] Lastly, both parties rely upon written offers between the parties to settle the proceedings. [6]  The mother offered that should the father elect to withdraw his appeal proper within 14 days of the date thereof, she will confine her claim for costs to the party claim, which the father did not respond to.  The Court found there was nothing of significance can be drawn from the first three letters, which contain complex parenting proposals and counter-proposals, which went beyond the issues of the appeal. While the mother offered no discount on the costs that had already been incurred by her, both parties would have been spared considerable expense if the offer had been accepted by the father.

To reiterate, each party should bear his or her costs.  However, the Court may make costs orders if it determines that is making one is justified after giving regard to the considerations enumerated in Section 117(2A) of the Family Law Act 1975.  The father was made to pay the mother’s appeal costs because he is in a better financial position than the mother; his appeal was unsuccessful, and the parties exchanged written offers to settle the proceedings.  Hence, the order of costs made by the Court is justified.