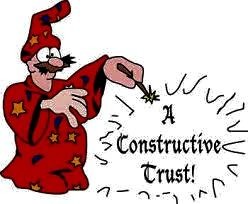 Relevant Orders sought by the Wife

Oral evidence of the Applicant Husband

Oral evidence of the Wife

HELD :
The factual circumstances as found by the Court give rise to the need for equitable relief, predominantly, but not only, in favour of the Grandparents. Their interests are not to the exclusion of the relevant interests of the Husband and Wife.

The determination of the relevant interests, declarations and Orders be as follows:

(2) There be a declaration of interest in relation to the property in favour of:

(a) The Applicant Husband

(b) The First Respondent Wife, and

(c) The Second and Third Respondent.

The declaration of interest shall be as to one third equal parts; the Second and Third Respondents being treated as a single entity entitled to a one-third interest.

FLAST Pty Ltd
Search
Are you sure?
Please, enter a value here