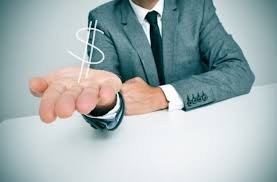 Mr Padbury appeals from orders for the settlement of property, dismissing his application for a stay plus costs.

The parties had begun living together in 2005 they then separated in 2016. Mr Padbury was a public servant; he began making contributions to his super fund in 1987. He became injured on duty, therefore he ended employment in 2014. He was successful in applying for the hurt on duty pension application.

The primary Judge observed the “value” of the fund was an independent issue to how the fund “might be treated,” or “contributions towards it assessed.” The approach to the valuation of the superannuation interest was in accordance with the Family Law (Superannuation) Regulations 2001 (Cth); this produced a calculation of $1,341,059. The parties’ net non-superannuation property was valued at $2,148,700, this means that of a total net property pool of some $3.5 million, a significant percentage included Mr Padbury’s hurt on duty pension.

The heart of the appeal claims that the primary judge “erred in principle by failing to give proper, genuine and realistic consideration to the merits of the competing claims made in relation to the hurt on duty pension.” Furthermore, Mr Padbury contributed to the fund for 18 years before living with Ms Wendon, however, the trial reasons also incorrectly state for a period of “some six to seven years.”

Ms Wendon the respondent conceded the error, the matters the primary judge said required consideration did not receive it.

Did the primary judge fail to consider the special features of the pension or the parties’ contributions to it?

Appealable error established and appeal conceded. Orders made by consent in lieu of those under appeal.

There were factual errors of the primary judge concerning the period during which the Mr Padbury contributed to his super fund before the start of the relationship. It was established Mr Padbury contributed to the fund for 18 years prior to living with Mrs Wendon, however, the trial reasons incorrectly state for a period of “some six to seven years” however, Mr Padbury raised this only on appeal and failed to raise this issue at trial.

Furthermore, the court states the arguments in relation to the superannuation ‘were at best cursory and misguided.’ The conduct in which the trial was commenced added to the faults apparent in the trial reasons. The primary judge still of course has a responsibility to tackle pertinent considerations, however, in light of the above the assistance offered to the judge was not sufficient with that task.

It was established the primary judge failed to attend to important relevant considerations; the court was satisfied with the basis for appeal.

Both parties then agreed on orders to be made in lieu of those made by the court below. The parties then applied for costs certificates for the appeal in accordance with the Federal Proceedings (Costs) Act 1981 (Cth).

Should costs certificates be awarded to both parties due to the primary judge failure to focus on important relevant considerations?

The manner of the trial contributed to errors. Applications for costs certificates rejected.

It was determined the manner in which the trial was commenced added to the faults apparent in the trial reasons. This went against the issuance of costs certificates significantly; furthermore, the parties are far from being financially disadvantaged.

The wife’s application for costs develops from final property proceedings that continued to an undefended hearing due to the husband’s failure to engage in the proceedings.

The husband appears to have chosen to disengage from the proceedings without reason. This has caused the wife to organise for a final hearing in circumstances where the Court had formerly been told by both parties the matter had been close to resolved by agreement. In the period from February 2018 to undefended hearing the wife incurred legal fees in the sum of $41,533.00.

Do the circumstances justify a departure from the general rule that each party pay their own costs?

In determining this matter the court looked to Section 117 of the Family Law Act 1975  which specifies that each party to the proceedings shall bear his or her own costs.Subsection (2A) outlines the issues applicable to determining what order, if any, should be made for costs.

However, the judge has discretion of the weight given to the consideration under s 117(2A) to make an order for costs on an indemnity basis to repay the other party entirely or partially their legal costs and expenses and charges acquired in the proceedings.Nonetheless, in I and I (No 2) (1995) FLC 92-625 it was held that the applicable matters in s 117(2A) “must all be taken into account and all balanced in order to determine whether the overall circumstances justify the making of an order for costs”.

The undefended hearing was required due to husband not complying with previous orders as to filing of documents, his duty as to full and frank disclosure, and not attending numerous procedural directions. It was necessary for the wife to proceed to the undefended hearing.

The Judge determined that the circumstances in this case warrant a departure from the general rule that each party pay their own costs. 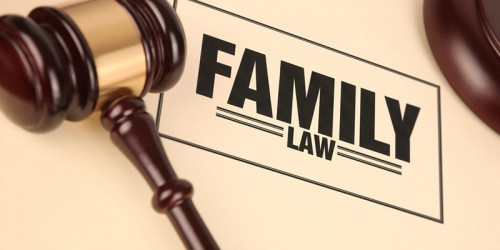 The appeal should never have been brought forward as the complaints relate to conduct by a previous solicitor; there is no error by the trial judge, which would allow an appeal. However, the court states the mother has other avenues to pursue if so advised.

Indemnity costs ordered for the Mother to pay $2000.

The Father applied for the indemnity costs for the appeal for it was ‘doomed’ to fail and should never been brought forward. The court took into account the mother’s limited financial position, however  ‘impecuniosity is not a bar to a costs order being made when it is otherwise justified’(D & D (Costs) (No  2)(2010) FLC 93-435). The court was satisfied that exceptional circumstances were established in this case to warrant indemnity costs. 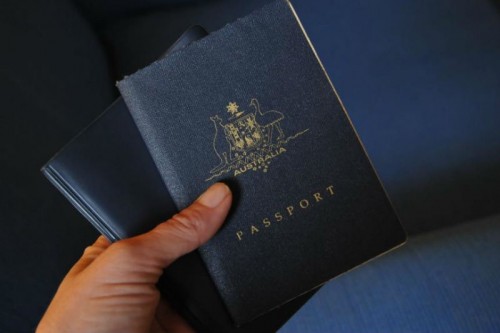 Should the husband be liable for costs for failing to release the passport to the wife’s proper notice, in compliance with the orders?

It was determined the husband must pay the wife’s professional costs of $1,000 together with the filing fee of $120 for the application to release the passport on 10/01/2019.

The court established it was appropriate for the husband to pay the costs; the mother had no choice but to file the application to release the passports due to the father not responding to the requests. The court states the fathers conduct was unreasonable given the mother gave him many opportunities to release the passports with proper notice, the mother was entitled to travel with the child in accordance with the current orders.

Appeal on grounds of Errors of Law

DETAILS : Where the respondent concedes error by the primary judge and where there was appealable error.  The Appeal was allowed and #ConsentOrders made (Note good example of consent orders within Judgement).

#COSTS & COSTS CERTIFICATES – Whether costs certificates should be ordered.  The appeal succeeded upon questions of law and Costs certificates were ordered for both parties and the Independent Children’s Lawyer for the appeal and rehearing.

(9) The Court grants to the appellant, the respondent and the Independent Children’s Lawyer costs certificates pursuant to the provisions of s 8 of the Federal Proceedings (Costs) Act 1981 (Cth) being certificates that, in the opinion of the Court, it would be appropriate for the Attorney-General to authorise a payment under that Act to each of the parties and the Independent Children’s Lawyer in respect of the costs incurred in relation to the rehearing.

(7) (7) Subject to these Orders (or agreement in writing between the parties) the Mother be restrained for a period of 2 years from the date of these Orders, being until 31 December 2019, from relocating #relocation outside a radius of 50 kilometres from CANBERRA.

INVALID DELEGATION OF POWER
(1) The next challenge made by the appellant to order 19 is that the order delegated to a third party the right to determine whether or not the appellant should be permitted to relocate with the child. The appellant’s primary parenting application was for a final order that would permit the child to relocate from Canberra to the City B area of New South Wales. The primary judge did not make that determination. That decision was placed in the hands of “an accredited mediator (or other recognised professional)”. There is no definition in the orders nor an explanation in the reasons as to what this expression means. The primary judge had no knowledge of what such a person’s expertise, training or merit might be. The primary judge ceased to bear the major responsibility for the exercise of judicial power. The decision of the mediator was not to be the subject of any review. The primary judge has invalidly delegated the central decision in the parenting case to the discretion of a person not vested with the Commonwealth’s power to make orders in relation to children and this was an error of law (see Harris v Caladine [1991] HCA 9; (1991) 172 CLR 84).

DISCRIMINATORY and UNFAIR
(11) Another challenge to order 19 is that order 19(d) is discriminatory and unfair to the appellant in that it permits the respondent to frustrate the precondition the mother is required to satisfy in order to be able to relocate the child. The father’s behaviour could cause an “interruption” and order 19(d) would require the 12 month period of monthly mediation sessions to recommence. The order that the primary judge made by way of a final order put in the hands of the respondent the ability to frustrate the appellant’s legitimate and legal desire and to prevent what ultimately was determined by the primary judge to be in the child’s best interest.

NOT PROVIDING REASONS FOR ORDER
(16) The appellant further challenges order 7 which restrains the mother from relocating outside a radius of 50 kilometres from Canberra for a period of two years. Whilst there is power to make such an order, the Full Court has observed that a proper exercise of that power is likely to be rare and at the extreme end of the discretionary range. Any such order needs to be supported by “strong and well-defined” reasons (see Sampson v Harnett (No. 10) (2007) FLC 93-350 at [58] and [83]; Adamson & Adamson [2014] FamCAFC 232; (2014) FLC 93-622). The primary judge erred in law in not providing any reasons as to why this order restraining the mother’s movement should be made.

see more
Search
Are you sure?
Please, enter a value here
SSL Certificates